Beijing Film Academy is a higher art academy with film history and profound film culture. The school's predecessor was the Performing Arts Institute established in 1950. It was relocated in 1951 and renamed the Film School of the Film Bureau of the Central Ministry of Culture, 1953. In 1956, it was renamed Beijing Film School, and in 1956 it was changed to the four-year undergraduate Beijing Film Academy. In the past seventy years since its establishment, the school has gathered famous teachers and inherited schools and has created many classic works in the history of Chinese film. It has led to the development of Chinese film education in terms of discipline construction, teaching creation, teacher training, and talent selection. 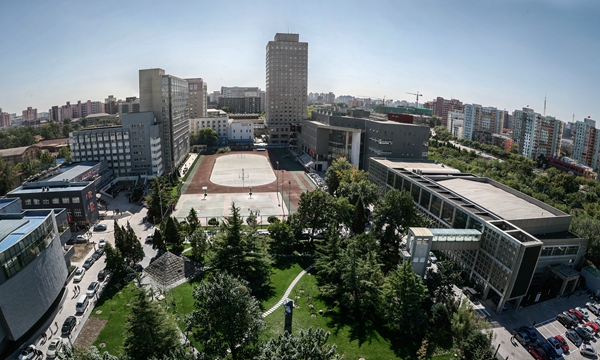 The school upholds the school motto of "respecting teachers and respecting morality and passing on from generation to generation"(尊师重道、薪火相传), the school spirit of "self-cultivation, diligence, fine arts, and practice"(修身、勤学、精艺、践行), and the school spirit of "being morality, ethics, deeds, truth, beauty, and innovation"(立德、立言、立行，求是、求美、求新), adhere to the art concept education of "learning from the people, serving the people, and being an artist of the people", and cultivate a reasonable structure of knowledge, solid professional skills, a spirit of artistic innovation, and a profound humanistic, artistic, scientific and professional quality, Artistic talents that meet the needs of the development of socialist cultural undertakings. The school has always insisted on selecting and cultivating elite talents, strengthening its position as a teaching center, and taking the path of connotative development. It has established a complete film education and teaching system, formed the main body of education and teaching, based on scientific research, supported by artistic creation, and teaching. The school-running pattern of "three in one" of, scientific research and creation support talent training, scientific research, artistic creation and social services. 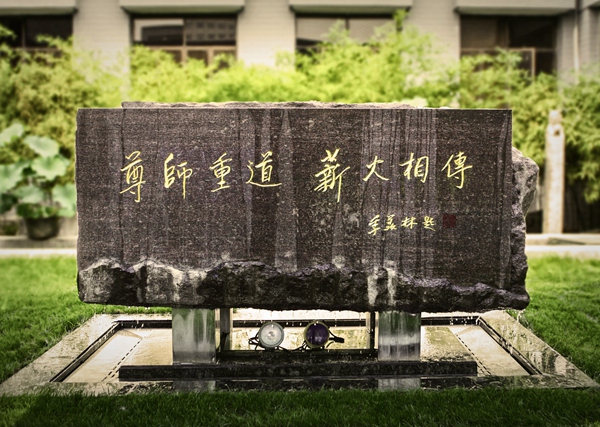 The school's existing literature, director, photography, film, film and television technology, performance, sound, art, animation, management, photography, digital media, audiovisual media, international exchange, 15 faculties, graduate schools and basic departments, including vocational colleges and continuing education colleges, cover every industry of film creation and cover all the links of film creation. It is the only one capable of independently creating feature films and animated feature films. Of colleges. The Youth Film Studio is not only the organization and guidance unit of students' film creation practice, but also the production unit of teachers' artistic innovation practice, producing a large number of excellent films and students' graduation works.

The school takes the first-level discipline of drama and film as the core of discipline construction, builds a domestic leading and world-class film discipline system, and plays an important role in leading professional construction and talent training. With the two first-level disciplines of fine arts and art theory under the category of arts, they complement and advance with the discipline of film science, and appropriately develop disciplines that intersect with other disciplines such as social sciences and engineering technology. Pay attention to give full play to the advantages of disciplines, closely focus on the functional positioning of Beijing's "four centers", especially the cultural center and the international exchange center, to serve the establishment of a film power and cultural development and prosperity. Facing the frontiers of the world's film development, deepen the internationalization strategy and carry out all-around, multi-level and wide-area international educational exchanges and cooperation. 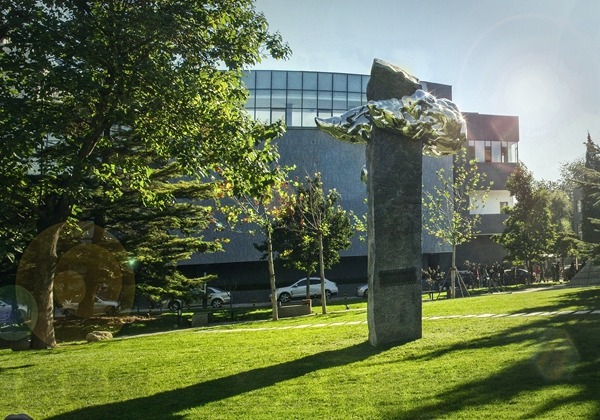 As of September 2018, the school has 3027 full-time students, including 2083 undergraduates. The school has 561 faculty members, including 336 full-time teachers and 85 external teachers. The school has a team of teachers who are politically firm, noble teachers, skilled in teaching, and diligent in educating people. The existing national "Thousand Talents Program" and "Ten Thousand Talents Program" are selected as national-level talents. Candidates, the Central Propaganda Department and Beijing's "four batches" of talents, "high-tech innovation plan" leading talents, national and capital-labor medal winners, experts enjoying special allowances from the State Council, national outstanding teachers, outstanding teachers in Beijing, famous teaching teachers, There are more than 100 talents such as pioneers of teacher ethics and Great Wall scholars. In addition, the school has many professors serving as chairpersons and judges in important film (TV) festivals at home and abroad, and there are a large number of teachers who hold academic posts above the director level in domestic professional academic organizations. 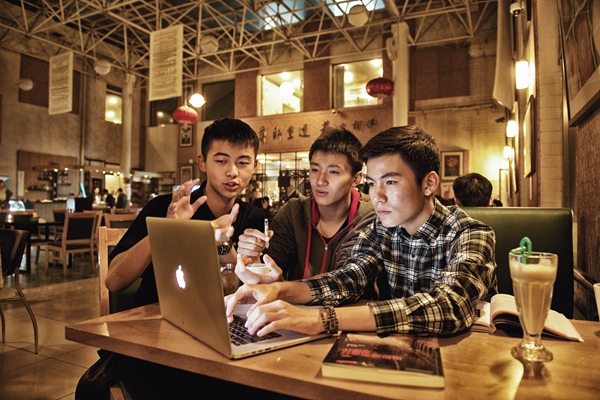 The school has good conditions for running a school. Professional classrooms and professional laboratories have complete functions, advanced equipment, and full coverage of multimedia audio-visual equipment. It has a number of provincial and ministerial key laboratories and experimental teaching demonstration centers such as digital film technology and art laboratory, animation new media technology laboratory, digital film and television animation creation engineering research center, sound creation and engineering center. The school has screening halls, theaters, lecture halls, studios and other facilities. The total value of teaching equipment is high, with an average value of about 152,800 yuan per student, which can better meet the needs of teaching, scientific research and artistic creation of teachers and students. The 24-hour library's collection of documents is centered on movies, with art as the focus, and the collection is rich in resources. The school's Jimenqiao campus covers an area of 105 acres, and the Huairou campus covers an area of 667 acres (the first phase is under construction), which will provide a better learning and creative environment for the school's teachers and students. 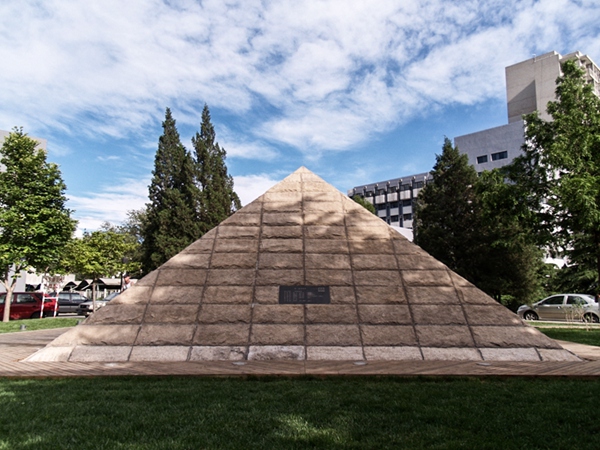 The school was approved by the "National Film Think Tank", "Future Video High-tech Innovation Center", "China Literature and Art Review Base", "Beijing Xi Jinping New Era Socialism Thought Research Center with Chinese Characteristics, Beijing Film Academy Base", "National Animation Teaching and Research Base" and " Beijing Film and Television Art Research Base". "Journal of Beijing Film Academy" is the source journal of the Chinese Social Science Citation Index Core Journals (CSSCI), the core journal of the Chinese Humanities and Social Sciences Journal A, and the core journals of Peking University. In the past three years, the school has successively won 2 major art projects of the National Social Science Fund and the only national key research and development project for the film industry during the "13th Five-Year Plan" period of the Ministry of Science and Technology (R&D and system integration of key technologies for virtual preview of film and television production). The school brings together 102 research teams at home and abroad, including 5 academicians at home and abroad, and 2 Changjiang scholars. In recent years, 5 papers have been selected for the world’s top conference in the field of computer graphics and interactive technology (SIGGRAPH Conference), which has achieved a similar level as Tsinghua University and Peking University. The outstanding results of the film technology research have achieved "zero breakthrough" and "leapfrog improvement" on the international top academic stage.

Beijing Film Academy has always been working hard to explore the path of socialist film education with Chinese characteristics in practice, and put forward the strategic goal of "building a world-class film academy". Always rooted in the land of China, as the only independent film professional education institution in China, it continues to be the leader of more than 1,000 film and television education colleges across the country; it has always taken the training of Chinese film talents as its own responsibility, and is known as "Chinese Film The cradle of talents"; always standing at the forefront of world film education, it is the world's largest film professional institution with the most comprehensive professional settings, and has been ranked third in the global film and television academies for many consecutive years. The school is the governing unit of the International Federation of Film and Television Schools (CILECT), and the school representative serves as the vice-chairman of the Asia-Pacific Executive Committee. 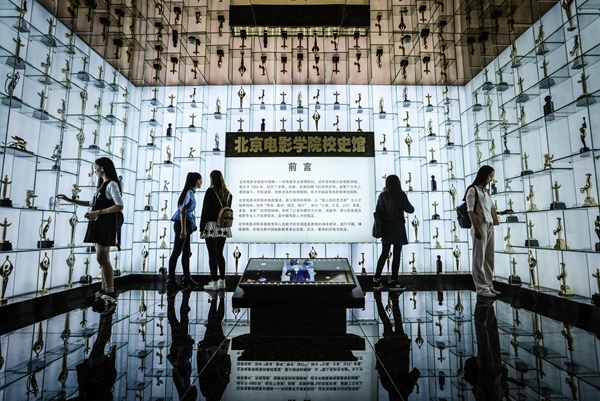 The school has cultivated tens of thousands of outstanding film production, film theory research, film digital technology, cultural business management and related professionals for the Chinese film industry during the nearly 70 years of school establishment. It has had an important impact on education. Among the artistic talents cultivated are Chen Qiang, Xie Tian, Pang Xueqin, Yu Yang, Wu Yigong, Xie Fei, Zheng Dongtian, Li Qiankuan, Guo Baochang, and Zhai Junjie. There are also Zhang Yimou, Chen Kaige, Tian Zhuangzhuang, Li Shaohong, Tang Guoqiang, Song Chunli, Zhang Tielin, Zhang Fengyi, Wang Zhiwen, Xu Qing, Jiang Wenli, Huang Lei, Lu Chuan, Jia Zhangke and other young and middle-aged filmmakers; Xu Jinglei, Ning Hao, Zhao Wei, Chen Kun, Huang Bo, Zhou Dongyu, Guan Xiaotong, Wang Junkai and many other new filmmakers. Teachers, students and alumni have launched a large number of masterpieces with profound thoughts, exquisite art and well-made in each era, such as "Doctor Bethune", "Sister Liu", and "Havoc in Heaven" in the 1960s; "Sakura" in the 1970s. "Little Flower", "Nezha Nao to the Sea"; "Red Sorghum" and "Camel Xiangzi" in the 1980s; "Founding Ceremony" in the 1990s, "Farewell My Concubine", "Raise the Red Lantern", "Sunny Day"; after 2000 "Kekexili", "Crazy Stone", "Let the Bullets Fly", "Old Cannon", "I'm Not the God of Medicine", "Operation Red Sea" and "Wandering Earth" are all created by school alumni. In the previous award-winning works such as the Huabiao Award, the Golden Rooster Award, and the Five One Project Award, school graduates accounted for more than 80% of the winners. Most of the chief creators of the Chinese films that have won awards at major international film festivals such as Cannes, Venice, and Berlin International Film Festivals are alumni of the Beijing Film Academy. School graduates are also the most important source of film and television teachers in more than a thousand colleges and universities that offer film and television-related majors, and most of them have become academic leaders and backbone teachers. 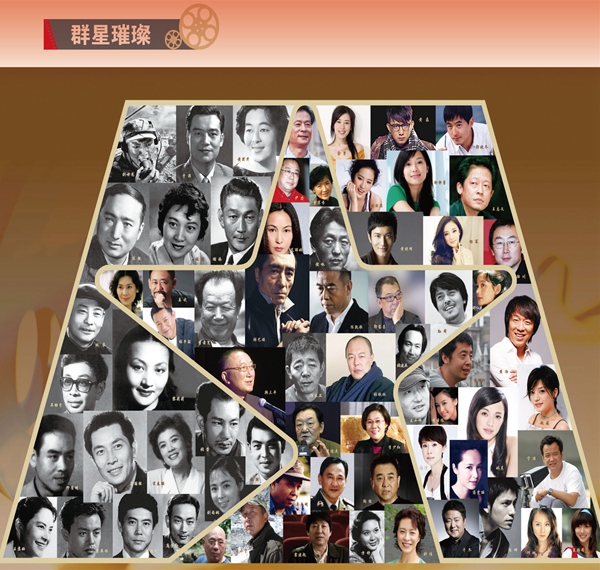 The school has been actively serving the national strategy and major events in Beijing for many years. It successfully completed the opening and closing ceremonies of the 2008 Beijing Olympic Games and the celebration of the National Day anniversary. It has hosted five consecutive "Beijing International Film Festival" awards and contributed to the "Belt and Road" initiative. , Undertook the awards of two Silk Road International Film Festivals, undertook the 2018 "Light and Shadow Future Xiongan New District First Film Week" activities, the 2018 Pyeongchang Winter Olympics in Beijing, the eight-minute program preview technology research and development work, and the image promotion of the 2022 Beijing Winter Olympics Animation design, creative design and rehearsal for the opening ceremony of the 2019 Beijing World Horticultural Exposition. The school mobilized hundreds of teachers and students, especially undergraduates, to go to the front line of large-scale film and television cultural activities in the country and Beijing. With the professional level and academic ability of teachers and students, the school demonstrated to the world the school's film creation, talent training, academic research, High-end standards in international exchanges and other aspects.

In the new era, the school deeply understands the spirit of the National Education Conference and Beijing Education Conference and carefully thinks about how to strive to build a "double first-class", clarify the future development direction, how to better carry the noble mission of the great rejuvenation of the Chinese nation, and how to better serve Building a socialist film power. The people of Beijing Film Academy will surely create new classics of film works, explore new areas of art education, and cultivate outstanding film talents in socialist construction in the new era with a higher realm, broader vision, and new achievements in education and teaching. The new peak of higher film education in China and the world.