On November 8, 2020, the final of the Late Autumn Song Contest of Beijing Institute of Technology International Education School ended perfectly in the lecture hall of Building 7.
The Late Autumn Song Festival hosted by the Youth League Committee and the Student Union provides a stage for all students to show themselves. Through layers of screening, the 12 contestants who entered the finals all shined on this stage and showed their love for singing. 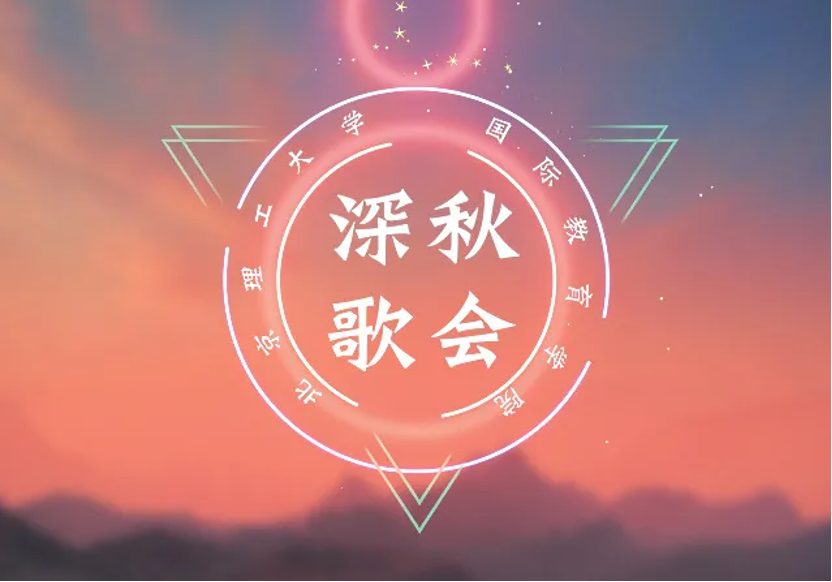 At 8:00 in the morning of November 8th, the staff of various departments began to prepare for the party, such as stage layout, lighting adjustment, sound audition, and program arrangements.
The program rehearsal starts at 1:20 pm. During the rehearsal process, the players took the best state to actively respond, and at the same time further refined the stage design.
From lighting to props, each contestant has its own design and arrangement and adjusts where they are unsatisfied in time. All of these details reveal everyone's seriousness and enthusiasm for the stage. The staff also fully cooperated to help the players present better stage effects as much as possible. 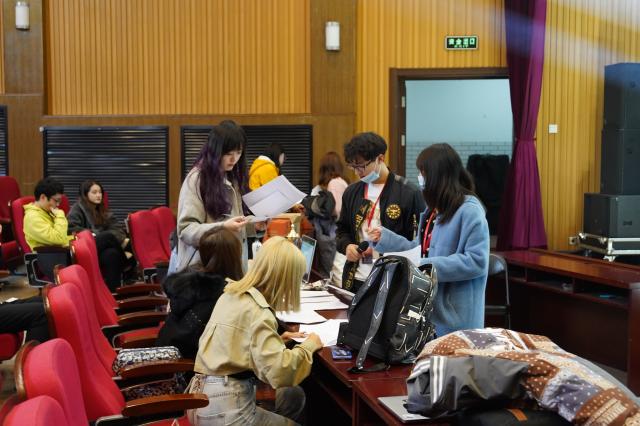 At 4:00 pm, the final of the Late Autumn Song Festival officially began. The four hosts Xu Yubo, Zhang Tengfei, Li Yilu, and Yang Jiuning gave opening remarks and introduced today's judges and guests.
Vice President Jiang Zhixiang gave an opening speech. Deputy Dean Jiang Zhixiang said that the Late Autumn Song Festival is a stage, a challenge, and a wonderful event. It must be passed on from year to year, and he would like to express his gratitude to all the staff, guests, players, and students in the audience. 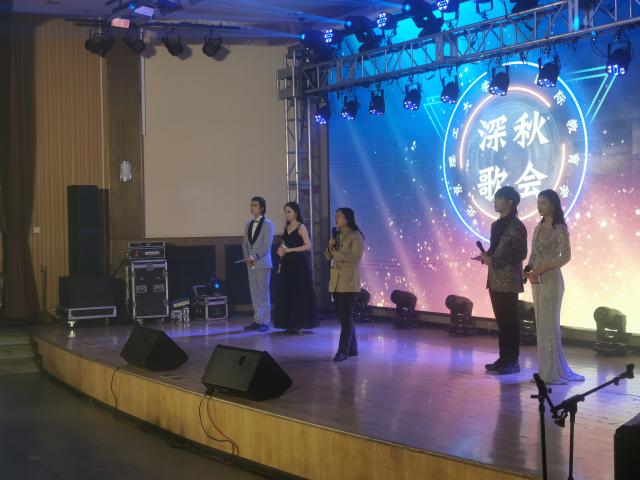 At this point, the Late Autumn Song Festival officially kicked off, and the contestants were ready to go, and they began their affectionate singing and fierce competition.
After each contestant sings, the judges will give a score, and the top six contestants in the final total score will perform the second round of singing. After the first round of competition, contestants Zhu Xinyu, Chen Ziyi, Ma Yingxin, Liu Zheng, Yang Jining, and Yang Qingru successfully advanced with their superb singing skills and moving voice.
The students in the audience were immersed in each singing, and the random lottery event made everyone more emotional, looking forward to their seat number on the screen and becoming the next lucky person. 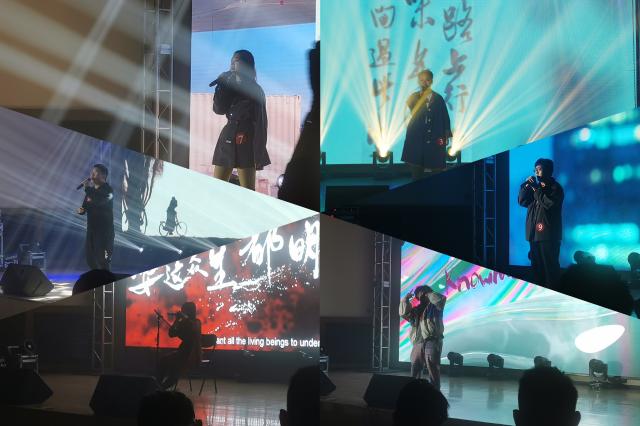 During this period, the cross-talk "Say Goodbye to Someone" brought by Wang Tianjian and Du Chunxin drew everyone's laughter, and a relaxed atmosphere enveloped the audience. 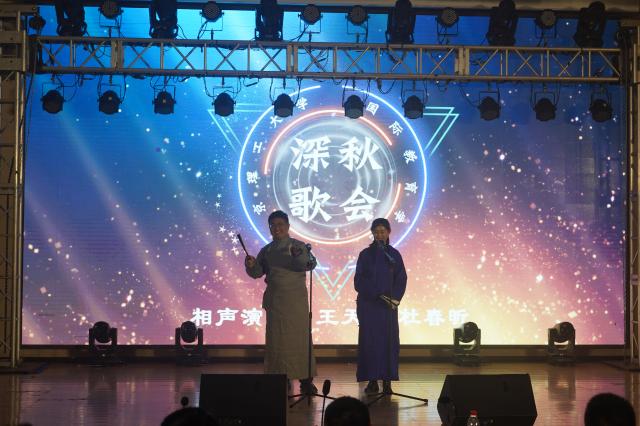 In the second round of the song, the contestants showed their abilities and characteristics to the extreme. Zhu Xinyu's "Meeting Spring" sang the warm love and good fate of spring, Chen Ziyi's "Diamonds" has a queen-like grace and laziness, and Ma Yingxin's "Crescent Bay" expresses love for friends with a tactful rhythm.
Good blessings, Liu Zheng's "Broad Sea and Sky" makes the audience indulge in another place of blue sea and blue sky. Yang Jiuning's "Jackdaw Boy" shows a strong and aloof teenager challenging the world. Yang Qingru's "Our Love" interprets An inseparable love story.

Afterward, there was a wonderful show "Love, Will Not Be Isolated" jointly prepared by members of the music club and the drama club. This play is adapted from a real story, telling the story of the medical staff bravely rushing to the front line of the battle before the epidemic, and it has profound meaning.

After two rounds of exciting and fierce competition, the 2020 class student Zhu Xinyu won the championship, the 2019 class student Ma Yingxin won second place, and the 2019 class student Chen Ziyi won third place. This late autumn song meeting ended successfully.
This song will not only show the brilliant singing voice and superb singing skills of the students of the National Education but also let everyone know and know each other so that the members of the International Education Institute will be more united and have a far-reaching impact.