China University of Mining and Technology (Beijing) is a national key university directly under the Ministry of Education, the national " 211 Project", " 985 Advantage Discipline Innovation Platform Project", and a world-class discipline construction university. It is the first batch of industrial technology innovation strategic alliance universities in the country, and it is also an education The Ministry and the former State Administration of Work Safety jointly established universities. In 1960 and 1978 , the school was twice designated as a national key university. It was one of the first universities in the country with the right to grant doctorate and master degrees. It has graduate schools and 12 colleges. The school has two campuses: Xueyuan Road campus is located in Xueyuan Road, Haidian District, where many colleges and universities in Beijing, and Shahe campus is located in Shahe Higher Education District, Changping, Beijing. 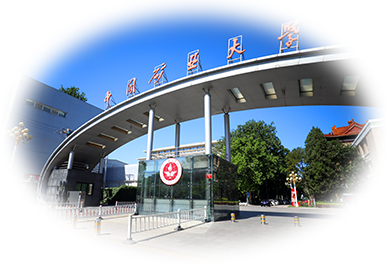 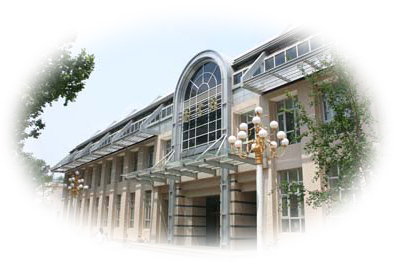 The construction and development of the school has always received the cordial care of the party and state leaders. Comrade Mao Zedong issued an order to "Develop the Mining Industry". Comrade Deng Xiaoping wrote the name of the school by himself. Comrade Jiang Zemin came to the school to inspect the scientific research work and wrote an inscription for the 90th anniversary of the school. Comrade Hu Jintao sent a congratulatory letter for the 100th anniversary of the establishment of the school. Over the past 110 years, the school has developed in tandem with China’s industrialization process and has grown up with the People’s Republic. Through the hard work of generations of mining adults, the school has formed the school motto of "Bright Virtue, Good Learning and Practice", which has created a first-class brand of higher education in China's energy industry and a unique spiritual and cultural character.

China University of Mining and Technology (Beijing), with the support of higher-level authorities, the energy industry and all sectors of society, has formed a multidisciplinary coordination system with science and engineering as the main feature, mining and safety as its characteristics, and science and engineering management, law and economics, etc. through long-term development and construction. The basic pattern of a developed discipline and professional system and a multidisciplinary university. In the exploration, development, utilization of coal energy, resources, environment and production-related mining construction, safety, surveying and mapping, machinery, information technology, ecological restoration, management engineering and other fields have formed superior brands and distinctive features.

The school has a high-level faculty with 1062 faculty members. Among the full-time teachers, there are 206 professors and 282 associate professors; 227 doctoral supervisors and 269 master supervisors. The proportion of teachers with doctoral degrees is over 80%. Among the faculty, there are 4 "Innovative Team Development Plan" from the Ministry of Education , 1 academician of the Chinese Academy of Sciences, 5 academicians of the Chinese Academy of Engineering , 10 dual-employed academicians , 2 foreign academicians of the Russian Academy of Engineering , 1 academician of the Argentine National Academy of Engineering, He Liangheli 3 people were awarded the Science and Technology Progress Award of the Fund , 5 of them were successively appointed as chief scientists of the National 973 Project, 7 were awarded as national and young experts with outstanding contributions, 9 were appointed as distinguished professors of the "Changjiang Scholars Award Program", and 7 Won the National Science Fund for Distinguished Young Scholars, 3 people were selected as leading talents in science and technology innovation of the National " Ten Thousand Talents Program", 12 people were selected as national candidates for the "New Century Hundreds, Thousands of Talents Project", and 43 people were included in the Ministry of Education's Transcentury and New Century Outstanding Talents Talent support program, 2 people were selected as "Changjiang Scholars Award Program" young scholars, 3 people were awarded the National Excellent Youth Science Fund, 3 people were selected as the National "Ten Thousand Talents Program" young top talents, 2 people were rated as "National Excellent Teachers" , 6 people were named "Beijing Excellent Teachers", 17 people were named "Beijing High School Teaching Teachers", 1 person won the National May 1st Labor Medal, 8 people won the Sun Yueqi Energy Award, and 26 people won the Sun Yueqi Youth Science and Technology Award , 7 people won the China Youth Science and Technology Award. Many people have won international and domestic talent awards, as well as awards funded by associations and foundations. 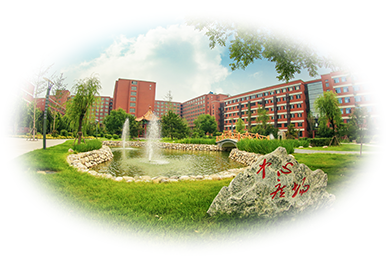 The school has always adhered to the principle of educating people, actively constructing an elite education and teaching system for the energy industry, and is committed to cultivating high-quality talents with comprehensive development of moral, intellectual, physical, and artistic, full of social responsibility, innovative spirit and practical ability. Many of the graduates have grown into scientific and technological elites, management backbones and leaders in national modernization and industry development. The school has 8 majors successively won the national "first-class characteristic professional construction point" project, 8 majors have won the characteristic major projects of Beijing Higher Education Institutions, 4 majors have passed the engineering education professional certification, and 9 majors have been selected for the national first-class undergraduate professional construction point, a first-class professional and enrolled undergraduate Beijing construction site, two professional selected key construction Beijing university first-class professional. It has 1 national experimental teaching demonstration center and 2 national engineering practice education centers; since 1998 , our school students have participated in more than one thousand awards in domestic and foreign science and technology competitions at or above the provincial level; 8 doctoral theses have been selected as the national one hundred outstanding PhD thesis. Currently the school has 8059 undergraduate, Master's 6506 doctoral 1461 people.

Focusing on the core tasks of talent training and the strategic needs of the country and the industry, the school is committed to scientific research, improving the school's innovation capabilities, and has achieved a large number of high-level scientific and technological achievements. Since 2001 , it has won 38 national science and technology awards and 732 provincial and ministerial science and technology awards. The school has built a complete high-level scientific and technological innovation platform, with 2 national key laboratories, 1 national engineering technology research center, 2 engineering research centers of the Ministry of Education, and 2 Beijing key laboratories.

The school actively leverages its own advantages, serves industry talent training, scientific and technological progress and local economic and social development, and promotes collaborative innovation of industry, university and research. Using the school council as a platform to vigorously promote social services, the school council has grown to 90 member units; the school has China’s first national university science park featuring energy and safety --- "Zhongguancun Energy and Safety Science Park" and The “Entrepreneurship Park for Overseas Students of China University of Mining and Technology”, the Ministry of Emergency Management and the Ministry of Education jointly established the National Institute of Safety Science and Engineering of the Ministry of Emergency Management, and the Institute of Energy Safety Industry Technology with Beijing to form the school's production, research, application and technology The achievement transformation system has become an important part of the construction of the Zhongguancun National Independent Innovation Demonstration Zone and the capital regional innovation system. 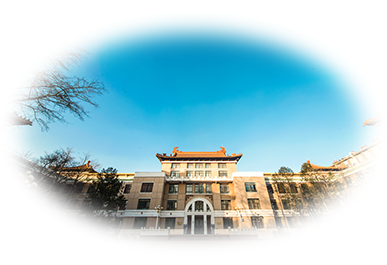 China University of Mining and Technology (Beijing) adheres to the guidance of Xi Jinping’s new era of socialism with Chinese characteristics, fully implements the party’s educational policy, adheres to the direction of socialist education, and implements the fundamental tasks of Lide and cultivating people. The overall idea of "innovative development", actively promote the construction of world-class universities and first-class disciplines, so that the overall school running level of the school can achieve a new leap-forward development, and strive to build the school into a world-class energy science and technology university.