The 2020 "Beijing and Me" theme essay competition for foreign students in Beijing was held a few days ago. In this competition, a total of 41 students from our school participated. Italian undergraduate Irene won the first prize, preparatory student Liu Huihuang won the second prize.

The activity aims to improve the ability of foreign students studying and living in Beijing to learn and use Chinese, experience Beijing's cultural heritage as a civilized ancient capital, appreciate the rapid changes in Beijing in the new era, and promote cultural exchanges among young students from different countries.

The School of International Culture attaches great importance to the cultural teaching and practice of international students and has formulated a systematic cultural education project construction plan.

Over the years, it has cultivated a large number of outstanding graduates who know China and their friends, and these students have gradually grown into friendly cultural exchanges between China and foreign countries  Messenger.

This series of award-winning works expresses our school's international students' love for Beijing, the school, and their understanding and recognition of Chinese culture, and fully demonstrates our school's level and achievements in the field of Chinese teaching and cultural communication. 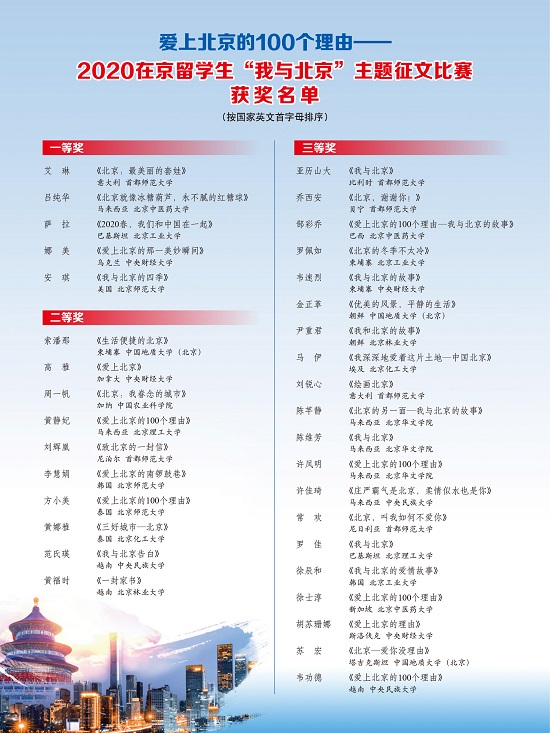