On November 29, the final of the 8th Beijing "Top Ten Chinese Stars" was held in the Broadcasting Hall of Beijing TV Station. After a fierce competition of "Idiom Flying Flower Ling" and "The Most Unforgettable Person-Telling Outstanding Chinese Characters".

The current "Chinese Star" competition was launched in April this year. During the half-year-long schedule, more than 1,300 contestants from various universities in Beijing took turns to compete in the rounds of audition, preliminary, and semi-finals. In the competition, 20 contestants finally entered the finals.

The contestants and tutors of our school made arduous preparations and several simulation exercises for this. In the final "Idiom Flying Flower Order", Ruan Qiuxiang calmly and skillfully responded. In the narration stage, he became emotional and touched.

His words were touching. His good language expression and talent expression won praise from the audience. On-site judges Give a very high evaluation.

The "Chinese Star" competition has built a platform for foreign students from universities in Beijing to showcase their Chinese proficiency and performing skills.

And greatly enhanced the enthusiasm of our school’s international students to learn the Chinese language and understand Chinese culture, and speak China well. Stories, carrying forward the Chinese spirit, and spreading the voice of China have also played a positive role in promoting. 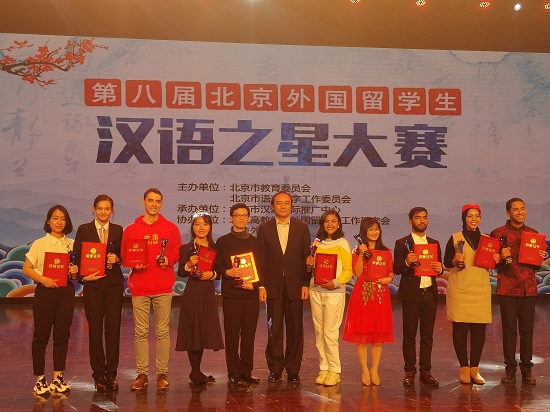 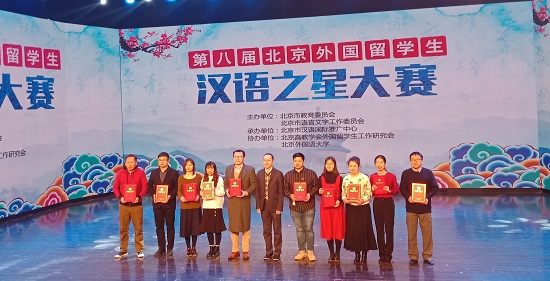 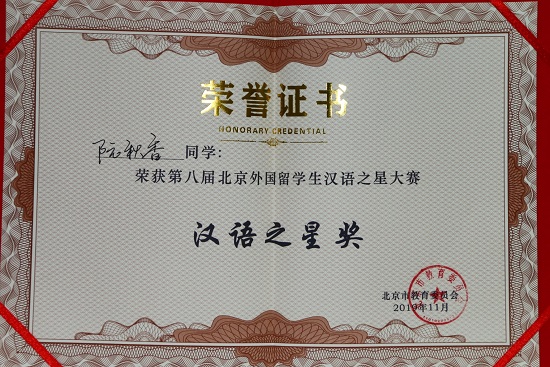 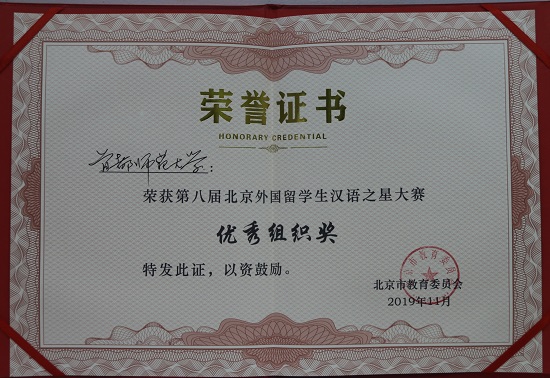 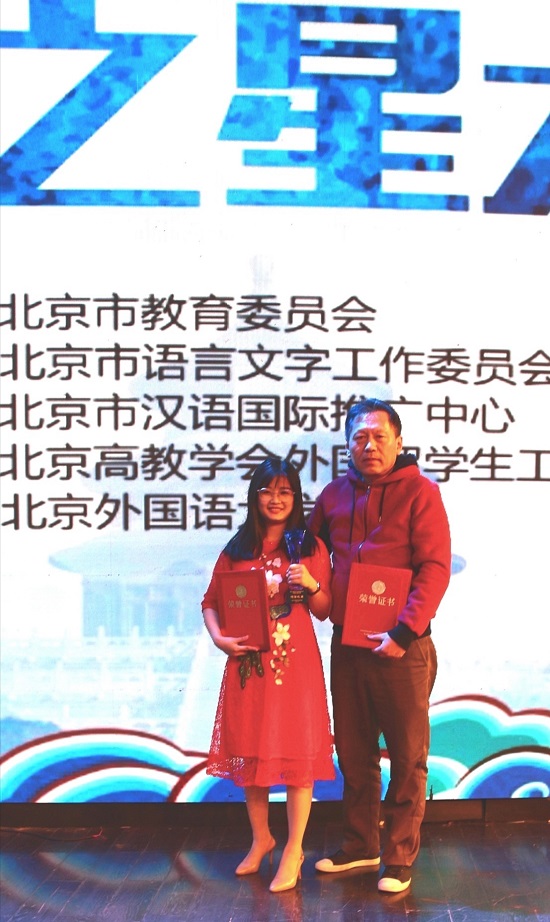