The new crown pneumonia epidemic is raging around the world, and the spread of the epidemic in Africa is accelerating. Recently, Donatien Niyonzima and Alaska Dekebo Beriso, two African students from the Communication Research Institute of our school. Were interviewed by China International Television Station (CGTN) and Phoenix TV, respectively, and expressed their views on the current epidemic and the international fight against the epidemic.

They said that in the face of the epidemic that is ravaging the world, everyone should uphold the concept of a community with a shared future for mankind, strengthen cooperation and unite on the basis of mutual understanding, and jointly fight the epidemic. 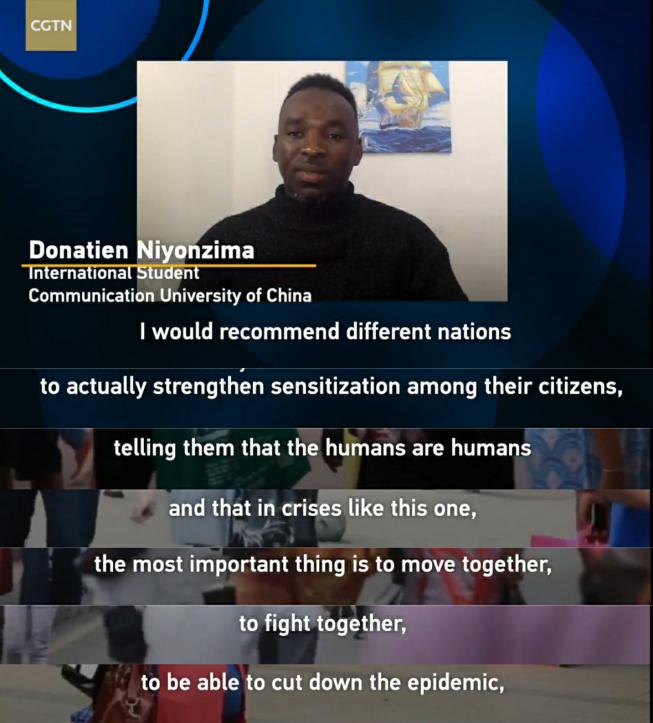 On how to strengthen international cooperation and fight the epidemic together, Donatien Niyonzima from Rwanda shared his advice with CGTN: "Every country should effectively strengthen the promotion and guidance of its citizens so that everyone understands that humanity is a whole."

In the current major crisis, the most important thing is to fight side by side and move forward in unity to reduce the harm of the epidemic." 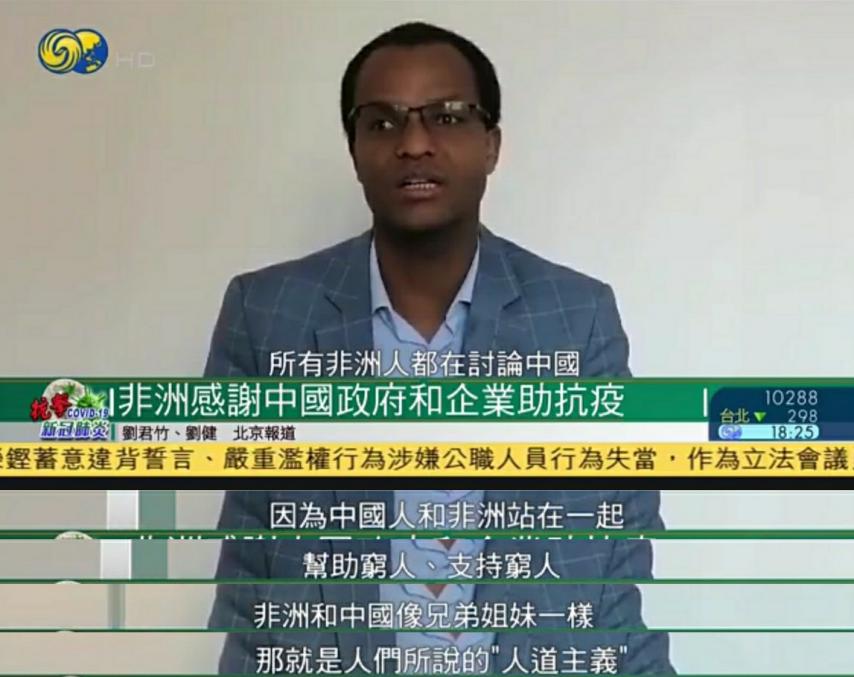 Alaska Dekebo Beriso was interviewed by Phoenix Satellite TV as an Ethiopian local government official. Beginning in mid-March, the spread of the new crown pneumonia epidemic has accelerated in Ethiopia.

Talking about the difficulties of fighting the epidemic, Alaska said that Ethiopia is entering a state of emergency, and the shortage of medical supplies is the biggest challenge.

It is difficult for people to change their traditional habits in a relatively short period of time, especially to maintain a healthy distance between good people. The economic situation is poor and there are many poor people, and the government needs to do more to protect their livelihoods.

In order to help Ethiopia and other African countries prevent and fight the epidemic, China has sent a number of medical teams to Africa to provide support. In addition, Chinese companies have cooperated with the African Union to launch the third batch of emergency supplies donations for Africa on April 20.

Alaska said that Africa is grateful to the Chinese government and companies for their assistance in fighting the epidemic: "The Chinese stand together with Africa, helping the poor and supporting the poor. Africa and China are like brothers and sisters, that is what people call humanitarian."

Faced with the epidemic raging around the world, the Director-General of the World Health Organization Tan Desai has repeatedly screamed: unity! Unity! Unity! Facts have shown that the global fight against the epidemic has a shared destiny.

Adhering to the concept of a community with a shared future for mankind, building a community of human health, strengthening the dissemination of world public health knowledge, and working together to fight the epidemic, it is China, Africa, and the inevitable choice for the world to overcome the epidemic.

The "Master of International Communication Program for Developing Countries (IMIC)" is a high-end foreign aid training program sponsored by the Ministry of Commerce and the Ministry of Education to train high-level professionals for developing countries.

Our school is one of the six colleges that initially undertook the project. The Communication Research Institute is responsible for the teaching organization of the project. Through characteristic teaching content, in-depth industry practice, and enriching academic exchanges.

It creates an international teaching brand and contributes to enhancing China's international communication influence. Since the start of the project in 2011, it has trained more than 200 senior administrative information managers and media talents with leadership potential from more than 50 countries including Ethiopia and Rwanda.