Ms. Mlambo-Ngcuka, Under-Secretary-General of the United Nations and the Executive Director of UN Women, gave a speech at China Women’s University (CWU) on December 14th and was awarded the Honorable Professor of CWU.

In her speech, she explained her visit to China for meeting the Chinese partners, including the Chinese government, civil society, the Universities, and all the China Women’s Federation, who made their great efforts of achieving gender equality. She specially mentioned the young women in China, who would be the future of women’s development. Moreover, she expressed her willingness to have cooperated with China Women’s University, as she regarded CWU as a wonderful center that teaches women to be the best they can be, which is a great contribution not only to China but also to the world. 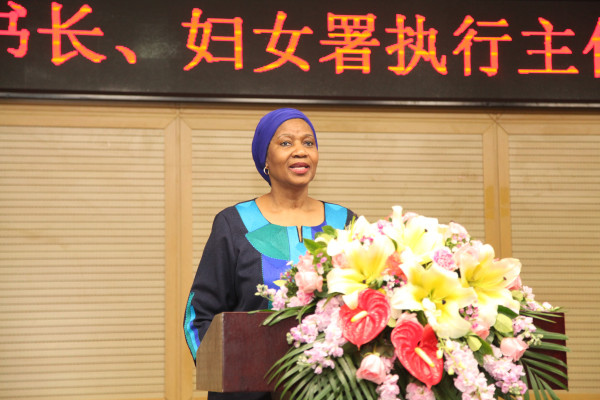 Ms. Mlambo-Ngcuka also had interactions with the young women in CWU. She responded to the students’ questions relating to the future of female college students, the Role of the Global Women's Summit in achieving the UN Millennium Development Goals and how UN strategies change the situation of gender equality. 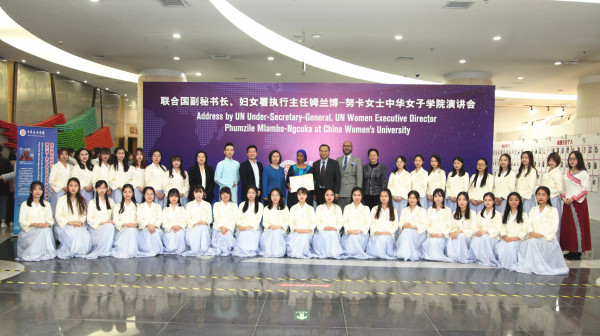 Ms. Mlambo-Ngcuka is currently serving as the Under-Secretary-General of the United Nations and the Executive Director of UN Women since 2013, who was the then Deputy President of South Africa from 2005 to 2008.