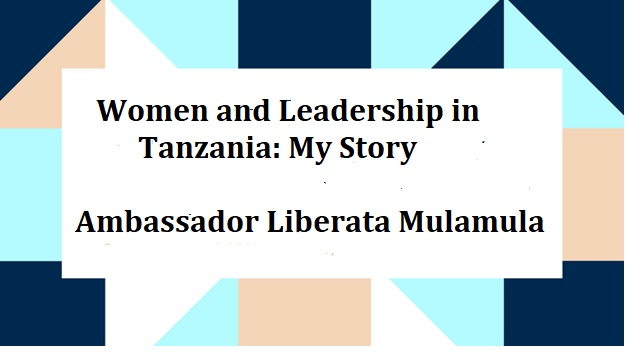 Tanzania was fortunate to have had good leadership that stood the high moral ground from the Founding President (Father of our nation), Mwalimu Julius Kambarage Nyerere to today’s President Joseph Pombe Magufuli.

Mwalimu Nyerere at independence committed to building a united and socially cohesive nation across 125 ethnic groups, religions, racial and gender mix. He introduced and developed Kiswahili as the lingua franca. Together with other policies and efforts, Mwalimu Nyerere managed to blend Tanzanians into a politically and socially united, cohesive, and stable nation.

This earned him international accolades and attracted enormous foreign aid that helped him implement the universal education program, develop a constitution based on egalitarian principles of equality for all regardless of gender, religion, race, color, or creed, among others.

I am one of the beneficiaries and products of the exemplary Tanzania leadership and good policies that have been identified with successive governments in Tanzania. I attended public schools from primary to University on a government-funded education program that left no one behind, girls and boys. I graduated with a Bachelor of Arts (Hons.) from the University of Dar es Salaam in 1980 and began my career path in the Ministry of Foreign Affairs where I reached the pinnacle of the diplomatic and civil service posts under successive 5 phases of the Tanzania Government.

I started my career from the humble beginning and was able to rise through the ranks and file regardless of my gender. My career path spanned over 3 decades in which time I witnessed the rise of women in high positions of government, parliament, judiciary, local government, business sector, civil society organizations, academia, etc. Tanzania was credited for having women heading not only the so-called ‘soft Ministries’ but also the key Ministries of Finance, Foreign Affairs, Education, Health, Lands and Human Settlements, Natural Resources, and Tourism, to mention just a few.

My appointment as the first female Permanent Secretary of the Ministry of Foreign Affairs in 2015, was also at the time when many women were appointed to similar positions in other key Ministries including Justice and Constitutional Affairs, Trade and Industry, Defence, Education, Health, Good Governance, etc., This position bestowed huge responsibilities as chief executive officer, paymaster and head of administration. In a male-dominated society, the choice as a woman meant the bar was raised very high as well as expectations and perceptions in performance. Failure was not a choice by any measure. As Michelle Obama wrote, “There is no magic to achievement. It’s really about hard work, choices, and persistence.”

The highest point in my career as a woman was being appointed by the Presidents of 11 Countries of the Great Lakes Region of Africa including Tanzania (2006) as the Founder and First Executive Secretary of the sub-regional organization known as the International Conference on the Great Lakes Region (ICGLR) with headquarters in Bujumbura, Burundi. This Regional Organization was borne out of the ashes of Genocide in Rwanda and endless wars in the DRC and Burundi. It involved the process of shifting engagement from the jungle to the table, building trust and confidence among the warring parties.

Heading this organization amid war and violent conflicts tested my abilities and diplomatic skills to the highest level. It always reminded me of the saying that: “True character and success is defined not by how you act when everything is going your way rather how you react when everything isn’t.”But also, the infamous adage that “if you want something well said give it to a man but if you want it well done give it to a woman”.

After the end of my tenure as Executive Secretary of ICGLR in Burundi, I was honored once again to be appointed as Personal Assistant to the former Tanzania President, His Excellency Jakaya Kikwete. In this capacity, I was privileged to coordinate the first visits to Tanzania of both President Xi Jinping of the Peoples Republic of China and American President Barrack Obama in May and June 2013 respectively. Very few would have such a unique opportunity.

During his visit, quoting his mother President Obama said, “You can measure how well the country does by the way it treats its women.”

This saw me being appointed as the first career female Tanzania Ambassador to the United States of America and Mexico succeeding another high-profile woman from the business sector, being the only two women to hold such a post in 50 years of Tanzania’s relations with the United States. This won Tanzania a high profile in the host country and diplomatic community at large.

It gave me added inspiration to traverse the most challenging terrain and tackle the key and important issues in the US-Tanzania bilateral relations. My title was “Ambassador, Plenipotentiary, and Extraordinary.” I always strived to be extraordinary. However, in my 35 years of career path, I have realized that for women, “it is a difficult road to climb and even more difficult to stay at the top when you ‘arrive.’ “

My message to fellow women is that despite good policies nothing comes easy. It is through hard work, perseverance, good conduct, and integrity that wins you respect and recognition to rise and shine. Principles of equality and justice are central to achieving gender equality and meaningful women participation. Fortunately, these have been at the core of Tanzania’s policies through successive governments since the independence of our country.  I will ever be grateful to our top leaders who believed in the important contribution of women in nation-building and entrusted us with enormous responsibilities in full confidence and trust that women matter in achieving socio-economic and political transformation of our country for the common good.