In mid-April, the finals of the 11th National Mathematics Competition for College Students, sponsored by the Chinese Mathematical Society and undertaken by Wuhan University, closed in Wuhan. 605 students from 204 colleges and universities in 31 competition regions across the country participated in the competition. Chen Jiaxin, a 2017 student of Material Forming in the Department of Materials Engineering on Xuancheng Campus, represented the school in the finals and won the second prize of the national non-mathematics category. 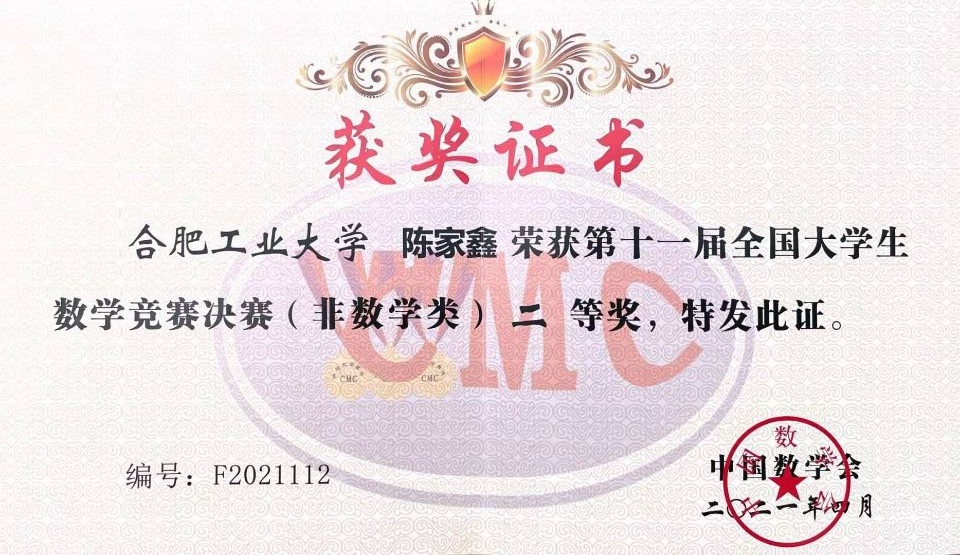