The fragrance of Osmanthus fragrans is also Mid-Autumn Festival. To further promote cultural exchanges and people-to-people bonds, on the afternoon of September 28th, the International Education Institute (Taiwan, Hong Kong, and Macao Education Center) and the Department of Public Foreign Language Teaching jointly sponsored the "Mid-Autumn Festival, Spend the home Festival Together"-Cultural Exchange between Chinese and Foreign Students The Wenxing lecture hall event was held at the International Education Center. Vice President Sun Zhiguang came to the scene. The school’s student affairs office, school league committee, leading teachers from various colleges, and Chinese and foreign students from more than a dozen countries and regions participated in the event. This year, because the new crown epidemic has not been effectively controlled worldwide, many students cannot return to school to spend the reunion festival together. Therefore, this event adopts the form of online and offline simultaneous live broadcasts, allowing overseas students and overseas alumni to experience the festive atmosphere and participate in online interaction. The number is as high as 600 people. 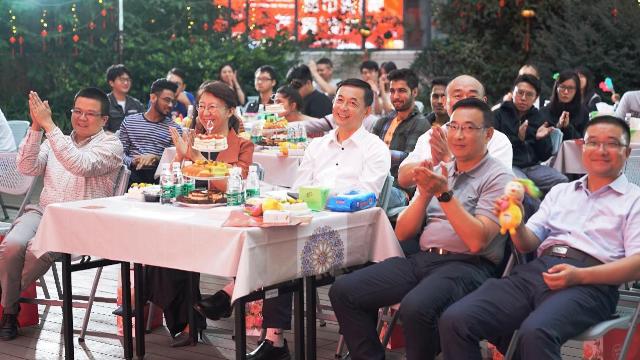 The leading teachers applauded and praised the participating students

Harmony and beauty, traditional culture is deeply rooted in the hearts of the people

The activity started with the Mid-Autumn Festival culture. Teacher Wang Danyang from the International Education Institute introduced the origin, development, and customs of the Mid-Autumn Festival, interpreting the Mid-Autumn Festival’s reunion culture and the traditional virtues of respecting the elderly and filial piety. Next, the students performed on stage, and they were very colorful. Saya, from Venezuela, was obsessed with Chinese martial arts since he was a child, and has repeatedly achieved good results in international competitions. A Chinese tiger punch was magnificent and powerful. The Chinese son-in-law Ulas came to China from Turkey and took root in Nanjing Gen, wears Han clothes, and sings Song lyrics. He expresses his love for Chinese culture with the song "When Does the Moon Have". 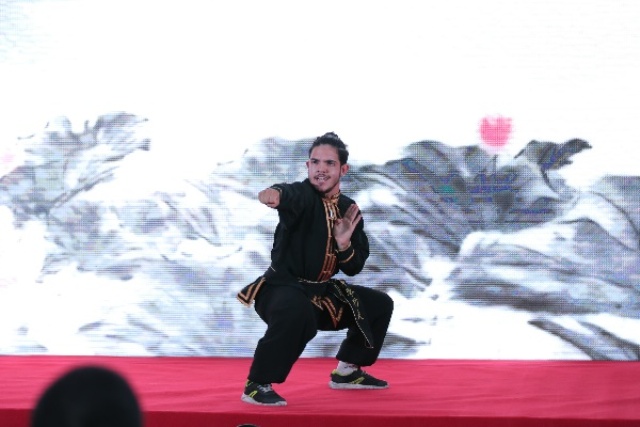 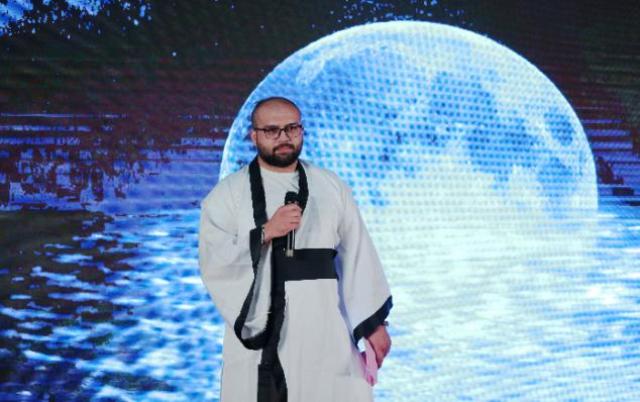 Ulas sings "When Will the Moon Be"

The same ancestor, the two sides of the strait and the three places share the Chinese sentiment

The traditional cultures of the three sides of the Taiwan Strait are of the same origin and come from the same origin. Young students from across the strait and three places jointly recited "China under the Moonlight", from the 5,000-year transition of the country to the peaceful prosperity of the new China, and composed a hymn dedicated to the mother of the motherland. Classmate Wang Kangshi from Hong Kong, China is already a fifth-year student and has a deeper feeling for the development and changes of the motherland. He said emotionally, the bright moon rising in the night sky is just like today's China, where the dragon soars and the stars are shining brightly. May we build the same Chinese dream with the lights of thousands of families, as the poem said. 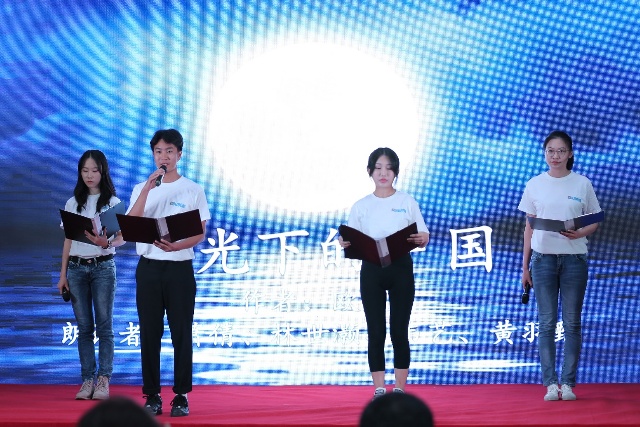 Poem Recitation "China Under Moonlight" by Students from Mainland, Taiwan and Hong Kong

Resonance at the same frequency, the school cares about overseas students

During the event, Vice President Sun Zhiguang connected with overseas students in South Korea, Thailand, and Malaysia, carefully inquiring about their lives and studies, and instructed the students to exercise and attend classes on time, expressing the school leaders' deep concern for the students. The international students were very touched and said that although the epidemic prevented their return to school, the online teaching materials were full. Please rest assured that they will study hard and look forward to the day when they return to school. 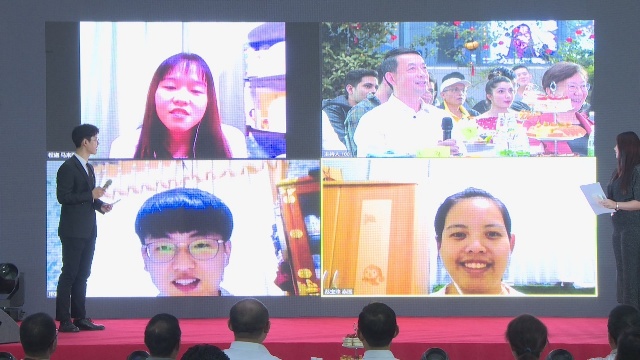 Since the outbreak of the new crown pneumonia epidemic, the Taiwan-Hong Kong-Macao Education Center of the International Education Institute has done a good job in the prevention and control of the epidemic situation of overseas students and online teaching management. Since March, the college has steadily promoted online teaching through multiple channels and aspects. As the Mid-Autumn Festival approached, Dean Zhang Xu moved the classroom outside and led the students to "cloud visit" the International Education Center to help students think about the school. At the same time, they expressed the sincere blessings of the college to the students through video. 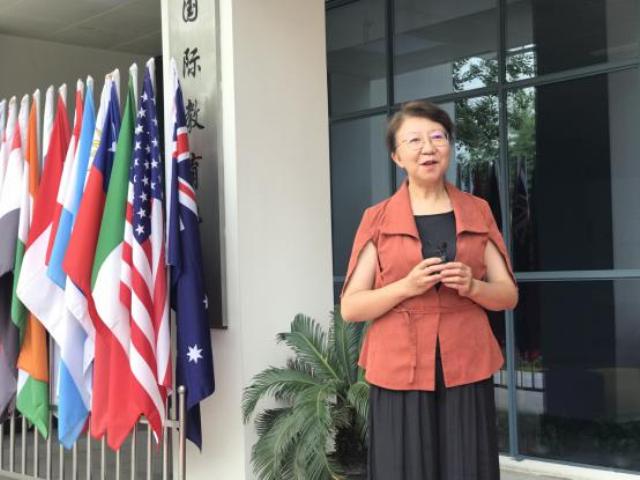 Experience Chinese culture and feel the charm of China starting from making moon cakes by yourself. Accompanied by the fragrance of golden osmanthus, steamed ice skin, stuffing, and embossing, Chinese and foreign teachers and students made their own "Autumn First Mooncake", which not only got close to the Mid-Autumn Festival culture but also exercised language and communication skills. Wang Xinzhi, a classmate from India, has stayed in China and witnessed the fruits of the Chinese people's concerted efforts to fight the epidemic. This event also allowed him to better understand Chinese culture, feel the joy of reunion, and soothed his homesickness. 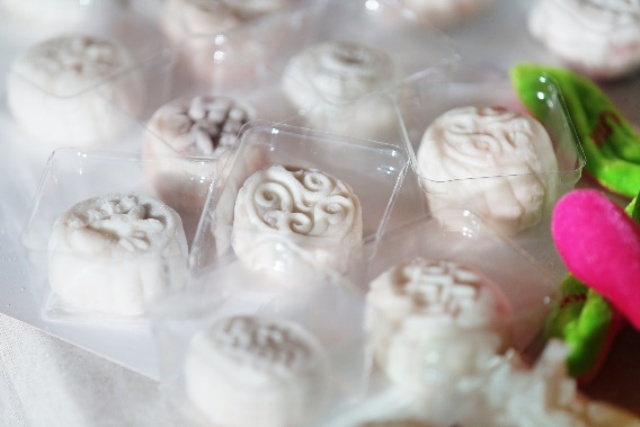 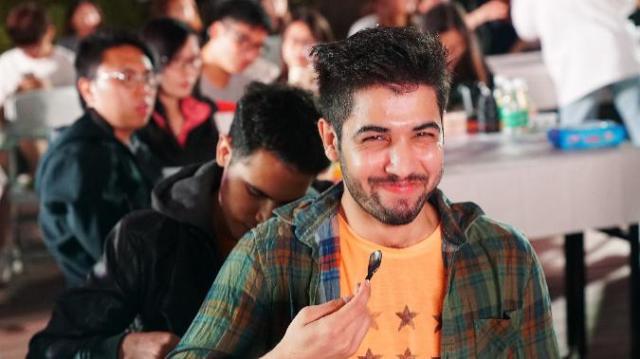 The Nanjing University of Chinese Medicine has more than 1,300 overseas students from 57 countries and regions. Diverse ethnic groups and colorful cultures meet here, colliding with bright sparks. At the event site, teachers and students shared a cultural feast, which gave the traditional festival a new form of expression, and also made the Mid-Autumn Festival, a Chinese traditional festival, more deeply remembered by students at home and abroad. As the second lecture of the "Wen Xing Lecture Hall" of the National Education Institute, this event took the Mid-Autumn Festival culture "going out" as an opportunity to promote more outstanding Chinese culture to the world, let it "live", "heat up", and continue to strengthen The affinity and appeal of Chinese culture.

Group photo of teachers and students