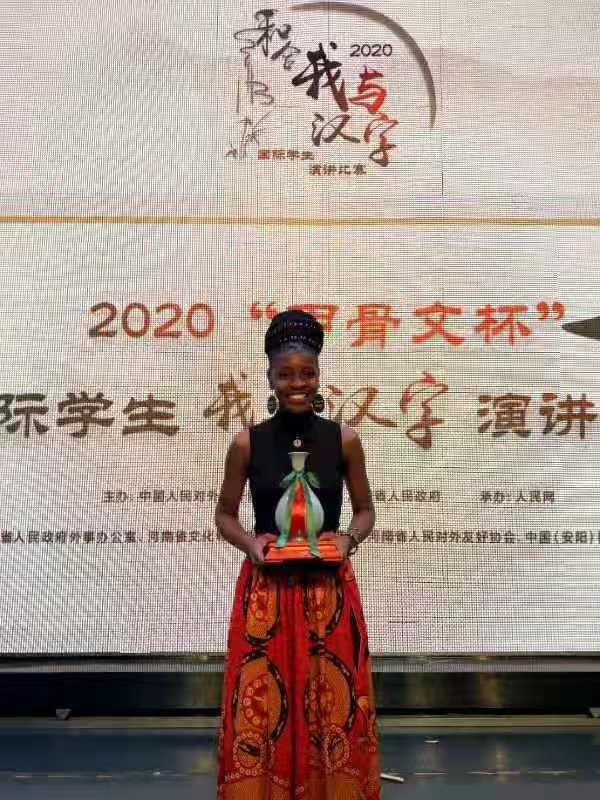 Chinese characters are the carrier of Chinese culture and the symbol for foreigners to understand China. The theme of this competition is "Harmony and Coexistence, World Harmony". The contestants shared their understanding of traditional Chinese values and a community of shared future for mankind by telling the story of "I and Chinese Characters". Under the epidemic, the interests of all countries are closely related, and the concept of peaceful cooperation and common development is particularly important.

Luo Jue perfectly explained this concept in his speech. She started listening to the story of Hua Mulan when she was a child, telling how a mother "like Hua Mulan" devoted herself to education and the feelings of her parents' family and country. She found the same expression of values between Kenya and China, between Swahili and Chinese: "But do good things, don’t ask about the future", and found the same description of "ideal society": old people and people The old, the young, the young, and the young." She named herself "珃" because "珃" means jade, which has the five virtues of "benevolence, righteousness, wisdom, courage, and cleanliness". In her opinion, flower Mulan has the virtue of a gentleman, and the core of virtue is "benevolence", which is "seeing the world with love and being warm and moist as jade internally and externally." She believes that harmony can only coexist. This is China's "benevolence". Luo Jue has only been learning Chinese for just two years. She loves the excellent traditional culture of China and is active in learning. She said: “The Chinese Character Contest is just the beginning. In the future, we will work hard to learn Chinese characters and Chinese culture. tell the world the real China, the 'symbiotic harmony, world harmony' concept introduced to more countries and people. " 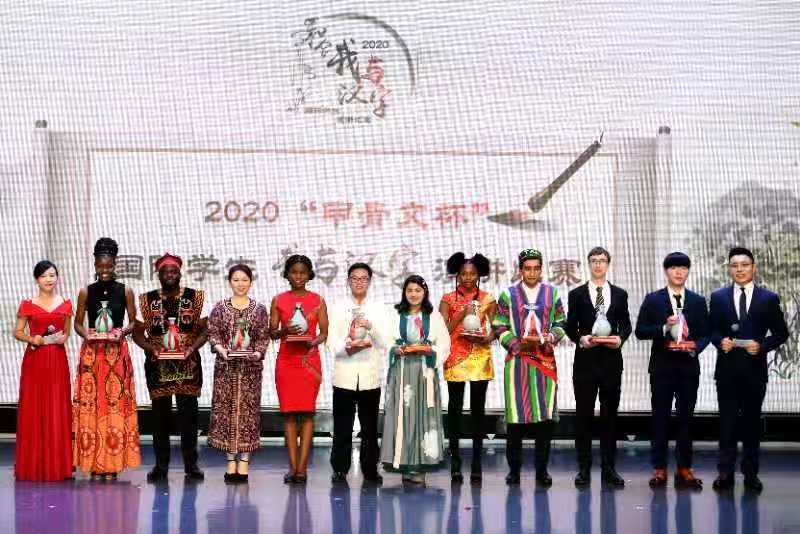 The preliminary round of this competition started on October 16, and questions were scored online every day. Institute of International Education in support of the leadership, under the guidance of instructor patience, Luo Ran students Yuezhanyueyong last days in a row to get out, stand out in the thousands of contestants, with honors into the semi-finals, and with a short video presentation, The competition method advances to the national top ten finals. The leaders of the school’s publicity department and the college organized professional students to help Luo Jue to produce short videos of speeches, take photos, and make speeches PPT. In the final scene, Luo Jue was calm and composed, played well, demonstrated good Chinese proficiency and speech ability, was praised by experts and scholars, and won the honor for our school. Professor Moonman from the Minzu University of China, Richard Sears, founder of the Chinese character source website, were invited to serve as judges for the finals of the competition. Contestants from Cameroon, Cambodia, Kenya, Nigeria, Czech Republic, Tajikistan, and other countries were respectively Won the special prize and the first, second, and third prizes. 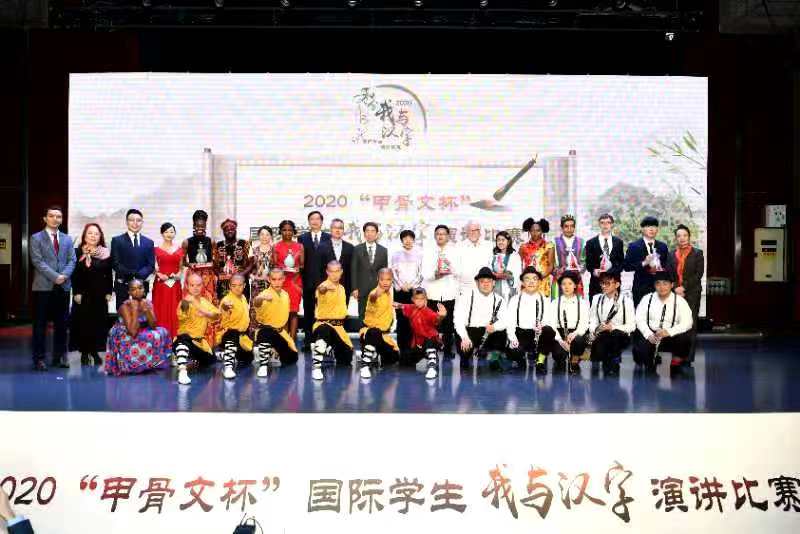