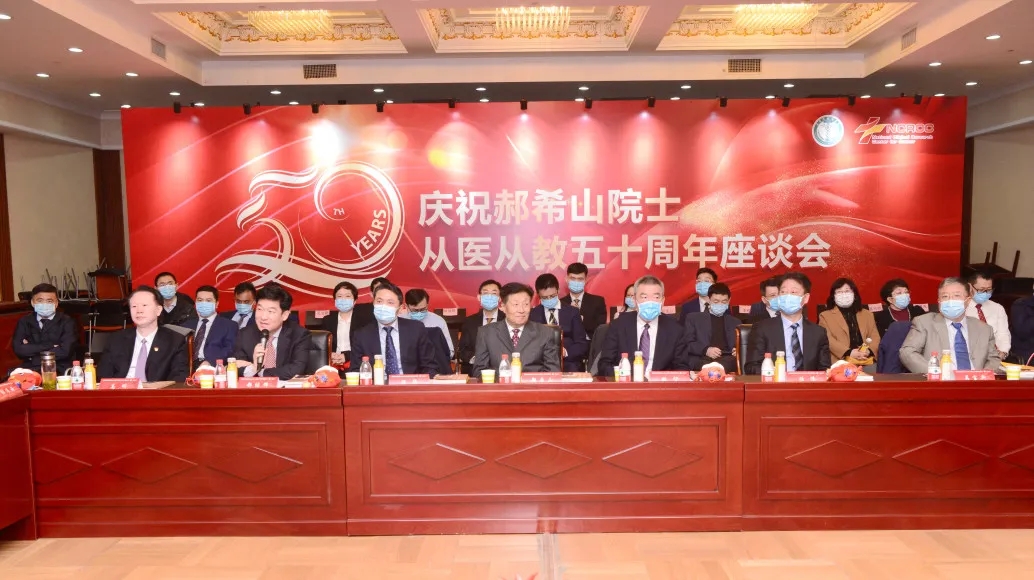 The medical career emphasizes innovation and development, and spiritual inheritance is the source of strength. To inherit and carry forward the academic thinking of Academician Hao Xishan in medicine, scholarship, and education, on February 9th, Tianjin Medical University Tumor Hospital held the "Symposium for the 50th Anniversary of Academician Hao Xishan’s Teaching in Medicine" to encourage the majority of medical and health strugglers to continue to deepen their understanding In-depth thinking and exploration of medicine, education, and humanistic spirit, to gather strength through inheritance, and seek innovation and development of the cause. 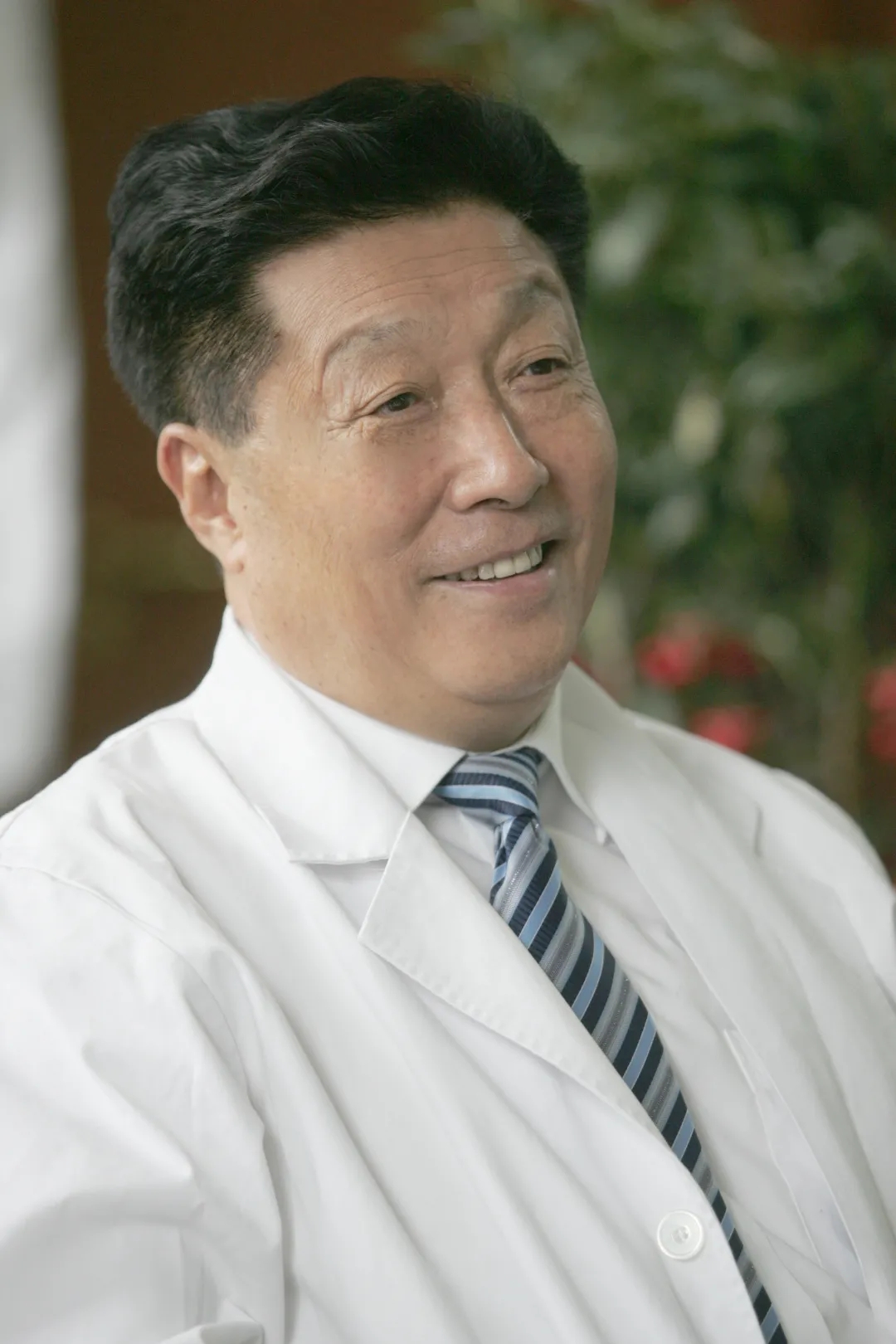 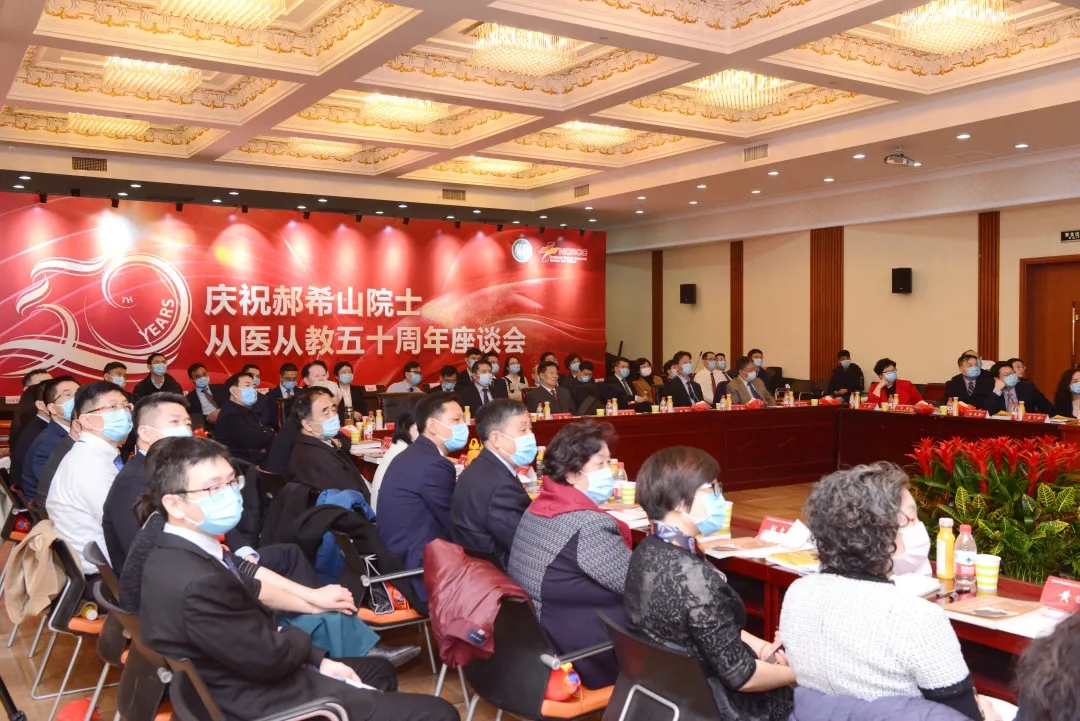 Since the initiation of the preparatory activities for the 50th anniversary of Academician Hao Xishan’s teaching in medicine, Tianjin Medical University Cancer Hospital has established a special preparatory activity team, which has determined the compilation of commemorative albums, publication of commemorative collections, production of commemorative feature films, special seminars, and high-level academic seminars. Meeting the five aspects of the work plan, and setting up a special working group to promote various tasks, showing the important achievements and mental journey of Academician Hao Xishan in the past 50 years from different dimensions, and recording the outstanding contributions of Academician Hao Xishan to the development of my country's medical and health and medical education. 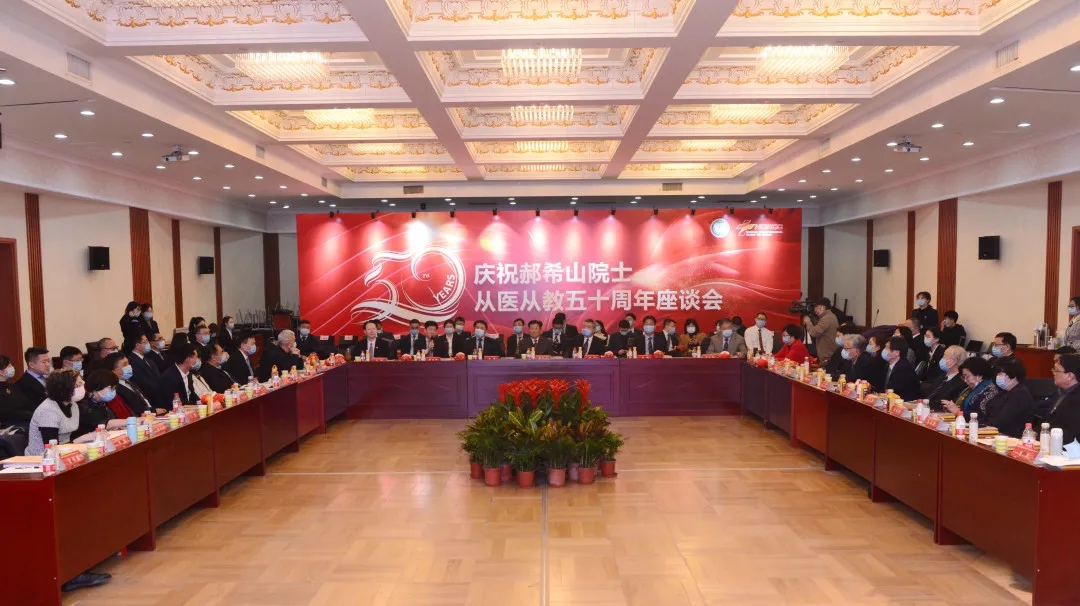 Professor Fang Zhaolin, former deputy director of the Literature and History Materials Committee of the Tianjin Political Consultative Conference, and Guo Fenglin, former dean of the International School of Medicine of Tianjin Medical University, combined with the introduction of the preparatory activity group, and put forward valuable comments and suggestions for the preparation and advancement of various tasks. 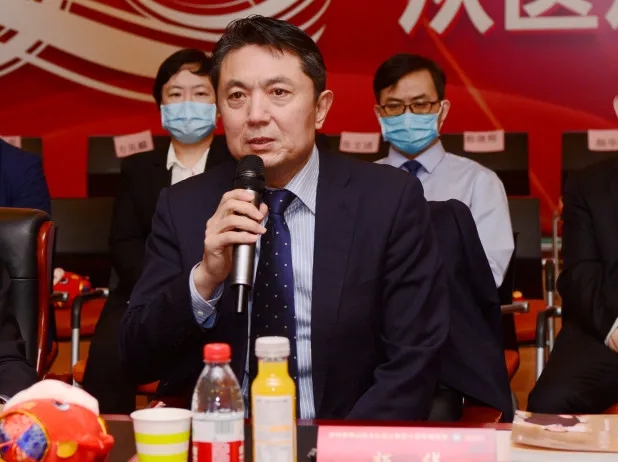 President Yan Hua pointed out in the summary of the exchange discussion that he hopes to take the 50th anniversary of Academician Hao Xishan’s medical education as an opportunity to continue to encourage the latecomers to continue to follow the steps of their predecessors, inherit an international vision, and keep a close eye on the 50th anniversary of the “14th Five-Year Plan”. Grasping the quintessence of love and dedication to providing stronger support for the future high-quality development of schools and hospitals. 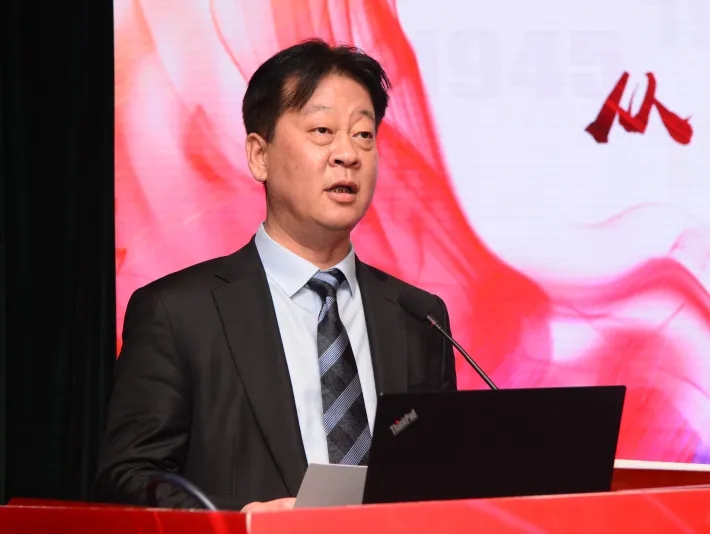 Lu Wei, Secretary of the Party Committee of the Cancer Hospital, delivered a speech, on behalf of the Party Committee and the staff of the hospital, expressing gratitude to Academician Hao Xishan for his outstanding contributions over the past 50 years. Although the mountains look up and the scenery is stopped, although they can't come, I yearn for them. I hope that all the staff of the hospital will uphold the excellent character of their predecessors and unswervingly promote the high-quality development of the hospital during the "14th Five-Year Plan" period. ‍‍ 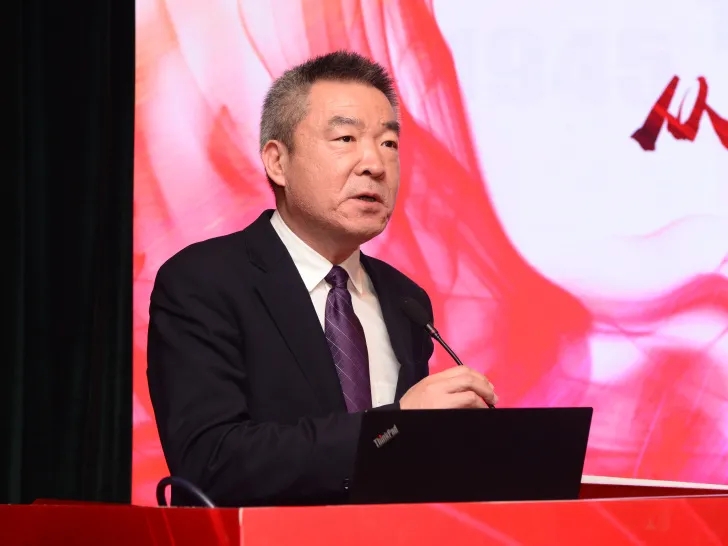 Party Secretary Yao Zhi delivered a speech, on behalf of Tianjin Medical University, congratulating Academician Hao Xishan for his outstanding achievements in the field of medicine and education since the 50th anniversary of his teaching in medicine. ‍The entrepreneurial ability and innovative spirit demonstrated by Academician Hao Xishan in his work has benefited people for life and is worthy of continuous inheritance and development from generation to generation. 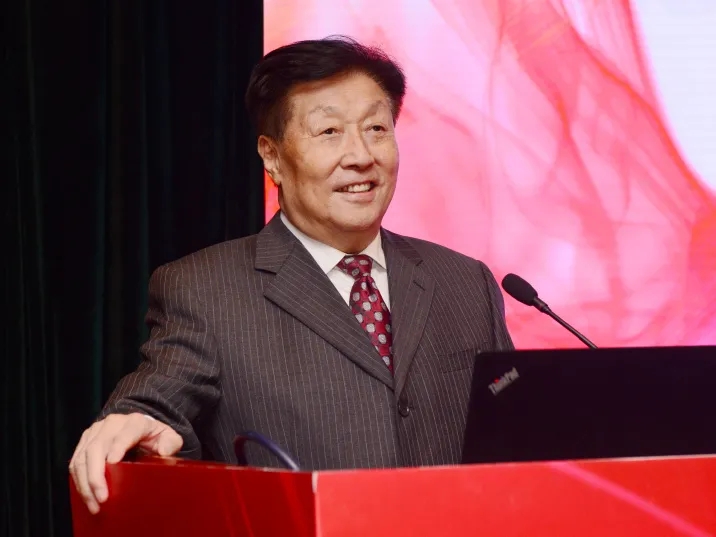 Academician Hao Xishan summarized his speech, shared his 50-year experience in medical education, and reviewed his experience in strengthening ideals and convictions, promoting discipline construction, emphasizing talent training, and expanding international exchanges. Said that the achievements made in the past 50 years are the result of the joint efforts of all, and expressed my sincere gratitude to the school, hospital, and anti-cancer association for their attention and support. 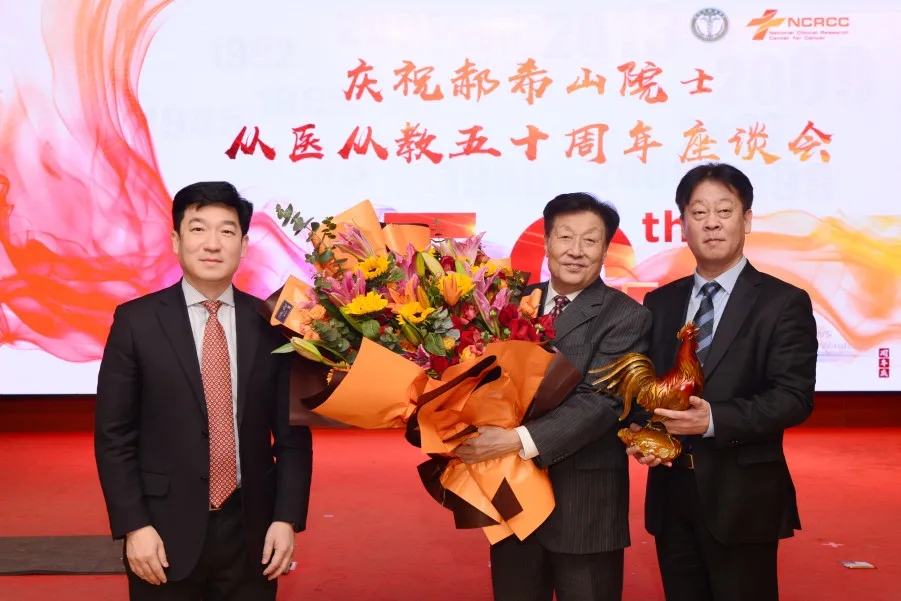 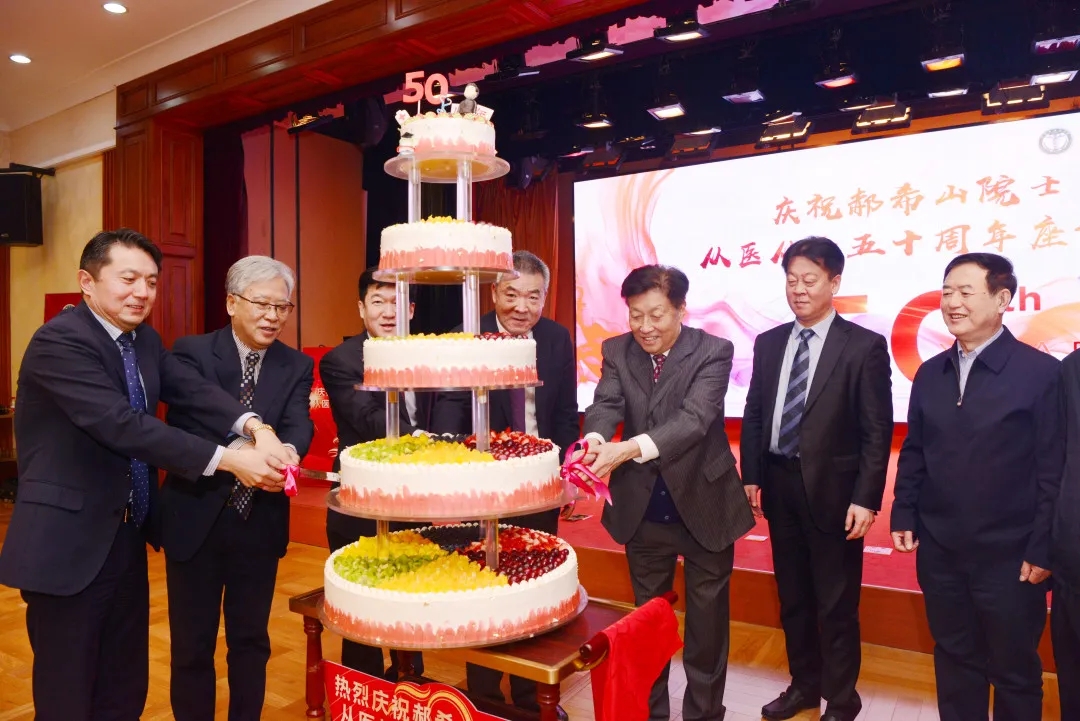 On the 160th anniversary of the establishment of the hospital and the first year of the "14th Five-Year Plan", the successful holding of this symposium will inspire cancer hospitals to inherit and carry forward the spirit of "Government and high medical ethics, advocating new and perfect", and further converge. Strength, invigorate the spirit, forge ahead, pioneer and innovate, transform the spirit of swelling into strenuous motivation, and jointly realize the new development pattern of the "14th Five-Year Plan" of the hospital.