1.The golden breeze is refreshing, and the autumn is strong.

Department of Archaeology and Anthropology, School of Humanities, University of Chinese Academy of Sciences Under the leadership of several postgraduate teaching assistants.

More than a hundred international students from the International School came to the Tiananmen area, respectfully paid homage to the Chairman Mao Memorial Hall, the Monument to the People’s Heroes, the National Flag, etc., and visited the Palace Museum.

In the early morning of this day, the international students gathered in front of the library and left the beautiful Yanqi Lake campus by car. The scenery along the way is nostalgic everywhere, and the road is full of sweet songs.

Amidst laughter, Beijing, the central hinterland of this world-famous historical and cultural city, welcomed guests from more than forty countries and regions. 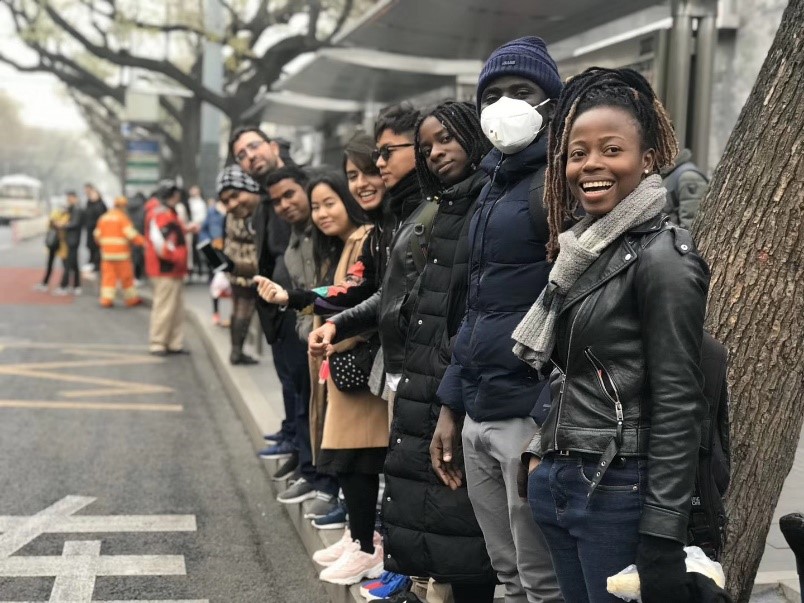 After getting off the bus, everyone rushed to take photos with their partners, teachers, and pedestrians passing by. They have been admiring Tiananmen Square for a long time, and it is a great honor to finally have the opportunity to visit it this time. In front of the Chairman Mao Memorial Hall, a student from Tanzania excitedly introduced to the students that it was Chairman Mao who helped their country build the railway.

Chairman Mao is the great man he admired the most. He has paid homage to Chairman Mao's legacy twice since he arrived in China. This affection that has crossed the oceans and passed through the centuries moved everyone present and gave them a deep understanding of the ancient creed of "brothers in the four seas".

Facing the majestic Tiananmen Square, the international students were full of praise, especially when they learned that the slogans on Tiananmen were "Long live the People's Republic of China" and "Long live the unity of the people of the world". The teaching assistant learns the pronunciation of these two sentences. The unfamiliar Chinese does not affect everyone's enthusiasm. On the contrary, it just reflects their heartfelt approval of this great idea. 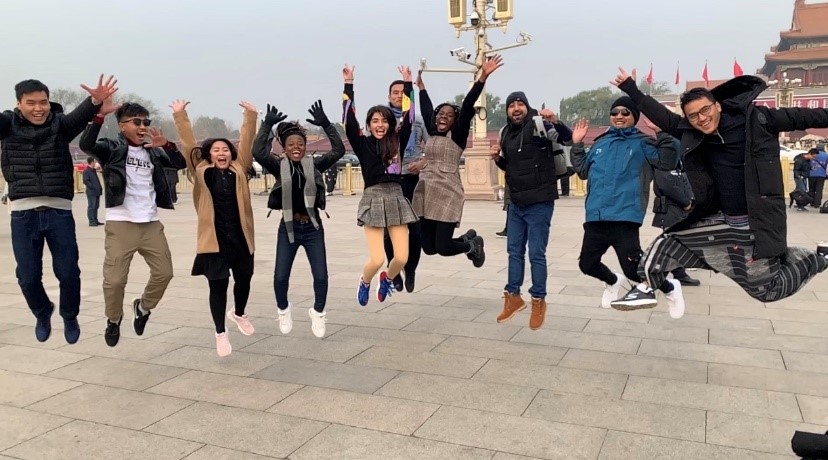 The ancient Forbidden City has waited for more than 600 years as if it was to welcome the endless stream of Chinese and foreign tourists. Following the hustle and bustle of the crowd, the international students slowly crossed the Jinshui Bridge, passed through the Duanmen and Meridian Gates, and entered the Palace Museum.

The towering Hall of Supreme Harmony attracted people to stop, and everyone couldn't hide the excitement in their hearts and took out their mobile phones to take beautiful photos. Several observant people found the different forms of "sacred beasts" on the cornices and asked the teacher what they were very curiously. After an enthusiastic explanation and discussion, everyone couldn't help but admire the breadth and depth of Chinese culture. In the red wall, pieces of exquisite ceramics, bronzes, and jade wares show the world's five thousand years of brilliance and vicissitudes.

Outside the golden palace, a stone, grass, and a tree also tell the long history of memory. Faces from four continents wander in the Phoenix Pavilion and Dragon Tower, and different skin colors shuttle between the carved beams and painted buildings. What the ancient sage said, "It's a pleasure to have friends from afar"? 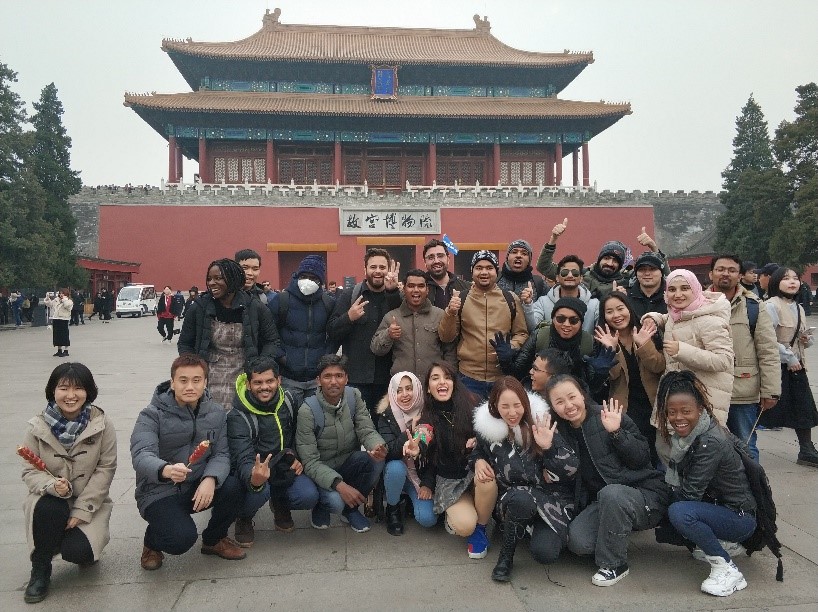 Good days are easy to pass, and good times are not often. It was getting late, and in desperation, the international students followed the teaching assistant and got on the bus back to school. Different singing and the same laughter resonated on the Beijing-Chengdu Expressway, accompanied by the night and the starry sky, and returned to a peaceful place. Yanqi Lake. After the event, the international students expressed that they have a better understanding of China and a sense of identity with Chinese culture. They hope to have more opportunities like this in the future and look forward to making themselves for China and the world in the future. Contribution.