The moon is full of people, and the family and the country are reunited. After nineteen springs and autumns, in 2020, the country and family once again collided with each other.

On the National Day and Mid-Autumn Festival, the campus of the Chinese Academy of Sciences at the foot of the Great Wall, and on the bank of Yanqi Lake, you can see fluttering five-star red flags and colorful lanterns everywhere.

In order to let the international students who are far from home experience and understand Chinese traditional culture personally, and promote the communication and exchanges between Chinese and foreign students, on the evening of October 1.

More than 30 people from Hongyi Club members and international students from Yemen, Pakistan, Kenya, Nigeria, Benin, and other countries participated in the event.

The National University of Science and Technology currently has more than 1,500 foreign students from more than 90 countries, including 1,055 doctoral students.

The two parties made plans in advance, produced exquisite posters to promote the event, and carefully prepared the Hanfu and various materials needed in the event.

After the activity started, firstly, the president of Hony Club Zhou Mingxiao and the member Yang Jing introduced the history, customs, culture of the Mid-Autumn Festival and the content of the event in Chinese and English respectively. As the traditional costume of the Chinese nation, Hanfu not only has a specific philosophical meaning but also has the characteristics of being chic and elegant, like a fairy-like cloud.

From the very beginning, Zhou Mingxiao's classical Chinese clothes attracted everyone's attention, and the students were eager to try. Al-Habibi Mohammed, an international student from Yemen, and Yang Jing, a Chinese student, experienced two sets of Hanfu, one for men and one for women, respectively. Ai Mo exclaimed: "Wearing Hanfu, how dazzling we are!" 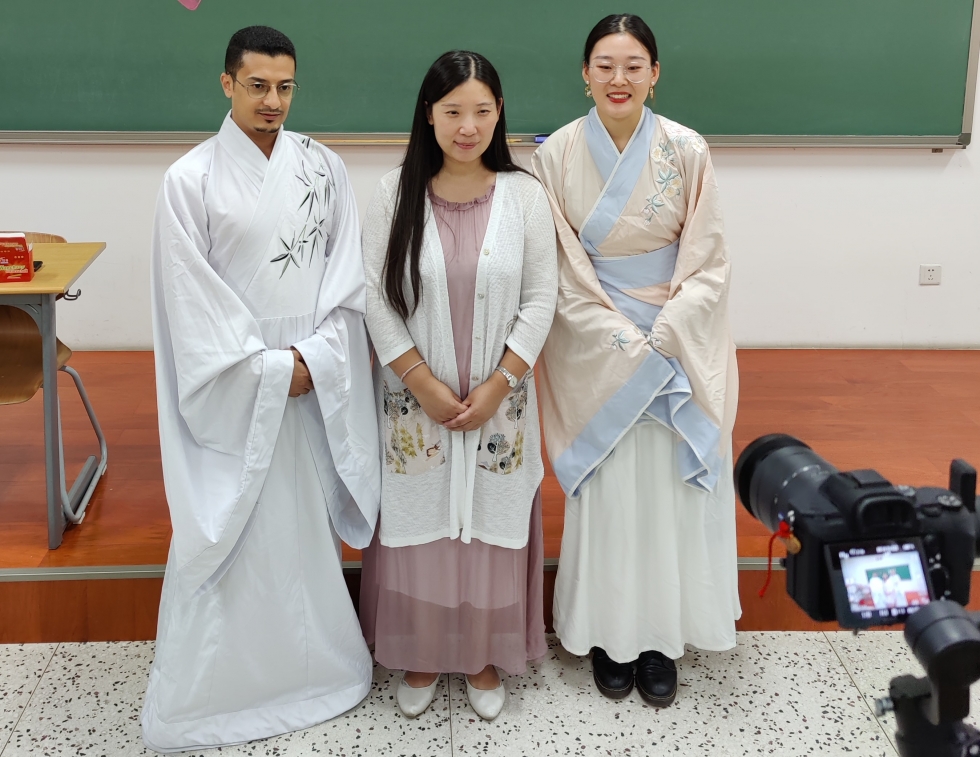 Saud uz Zafar from Pakistan is a Ph.D. student at the National Center for Nanoscience. He said: “This is the first time making mooncakes after studying in China. Although the making of mooncakes looks simple, it requires a lot of skills. "The dough of his group is made by him.

The mooncakes produced have both traditional round mooncakes and cute bunny shapes. Seeing a moon cake made by myself, the students took pictures and shared them. 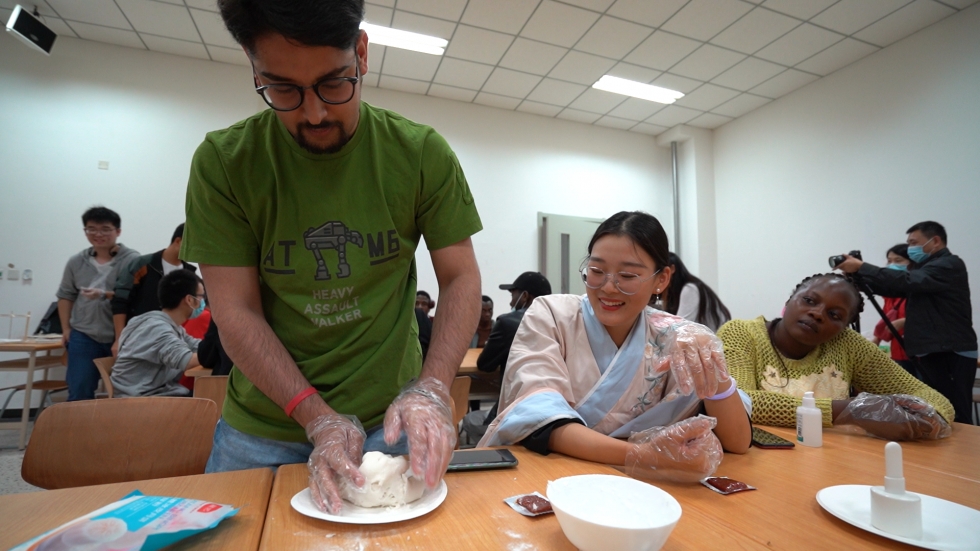 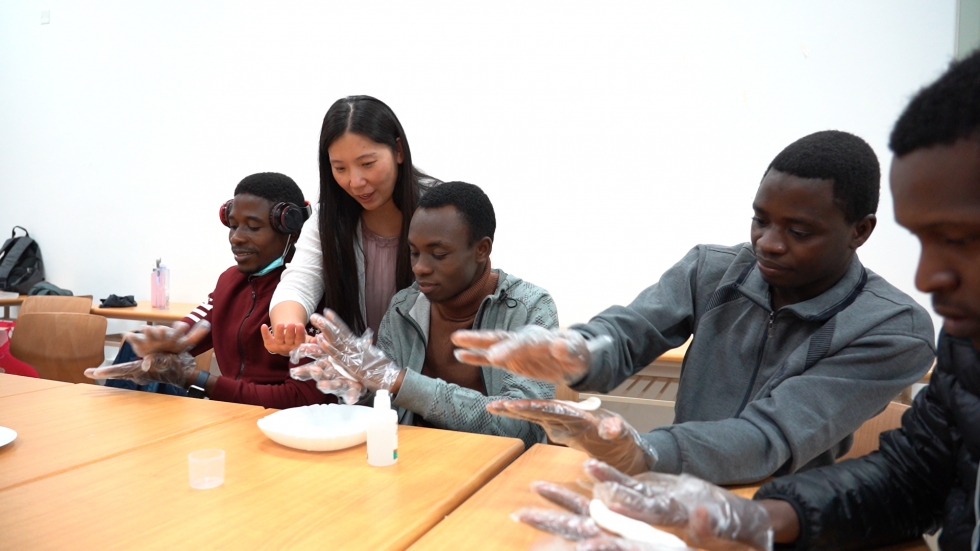 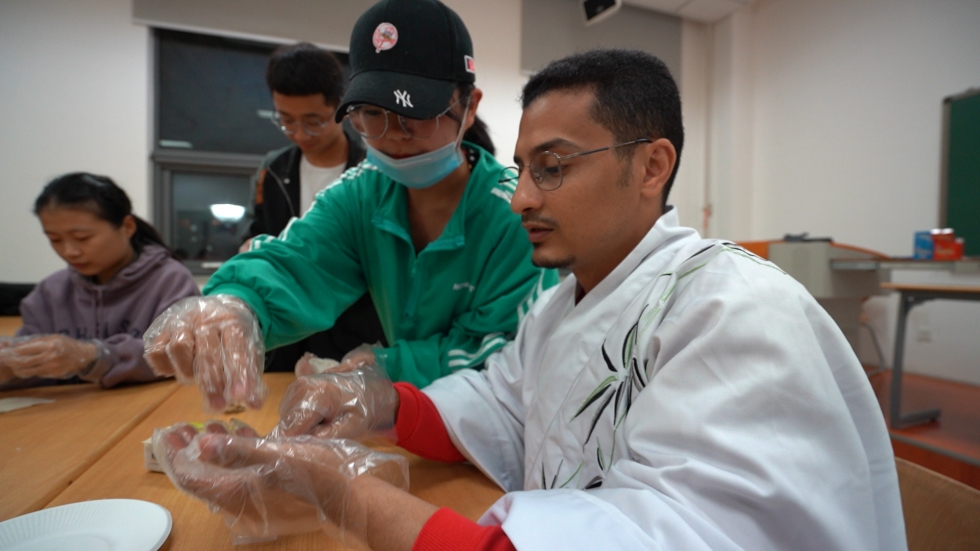 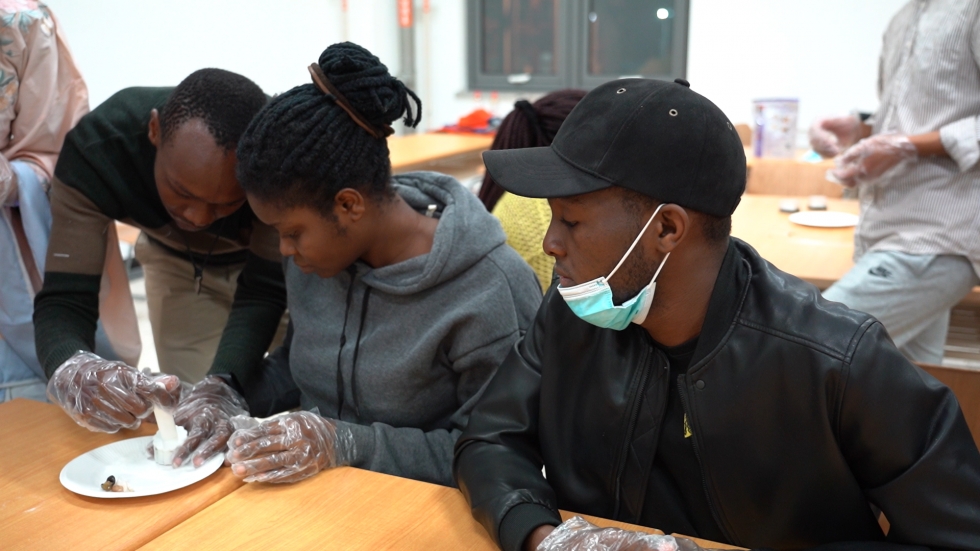 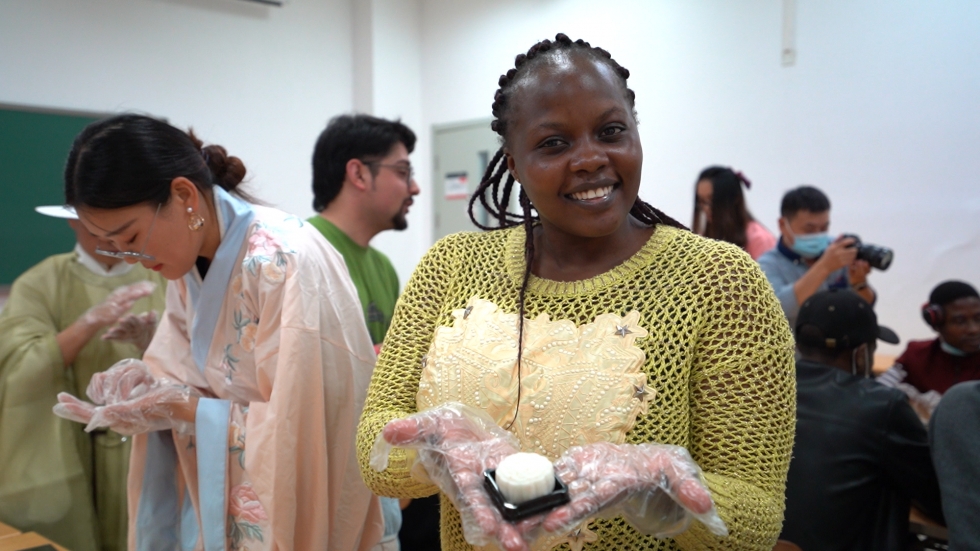 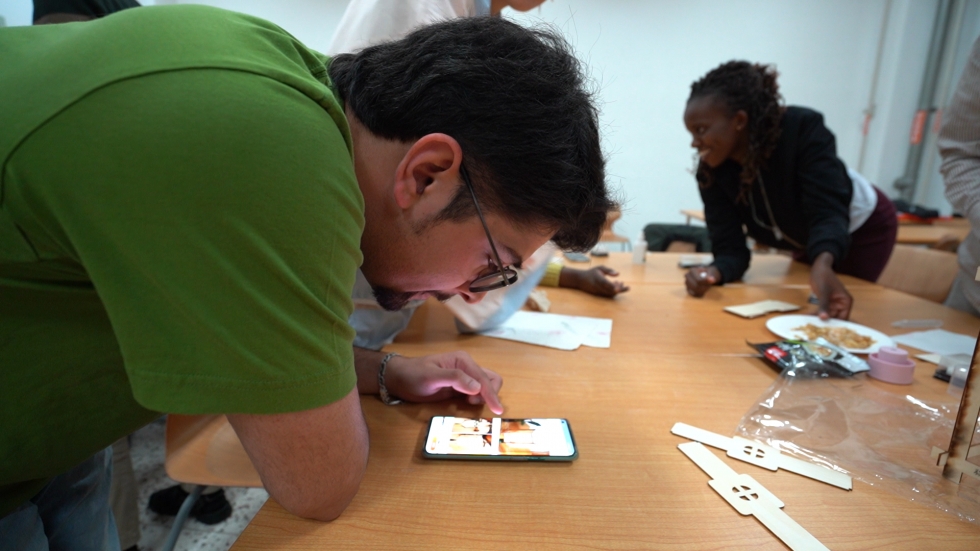 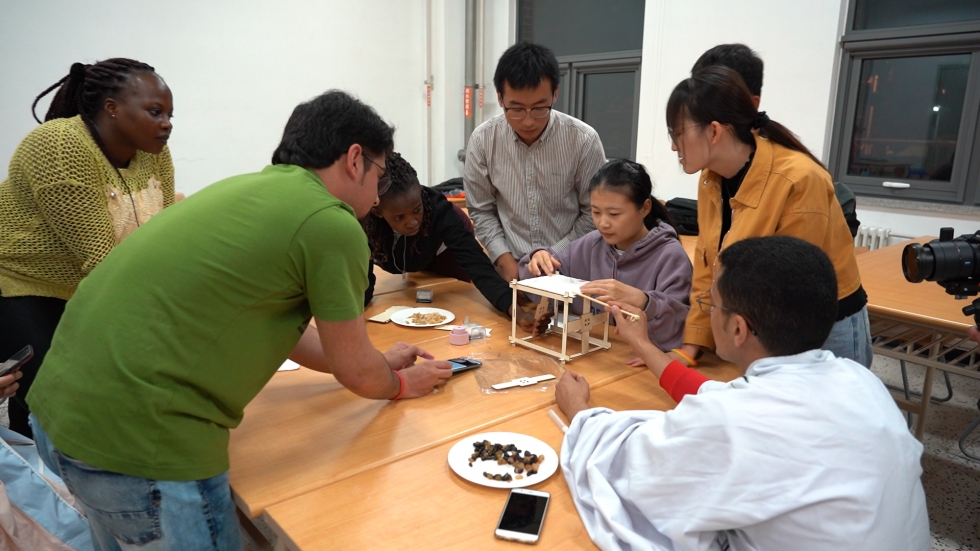 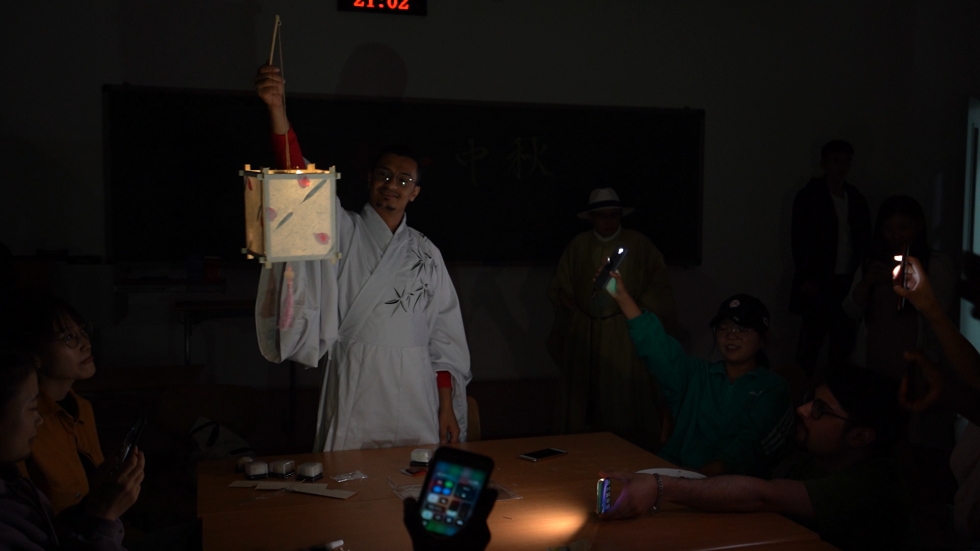 During the activity, Cao Zhihong explained the regional characteristics of the lantern appreciation custom to the overseas students, and took out the production materials prepared by the Hony Club students, and encouraged the students to use their wisdom and abilities to assemble the lanterns by themselves.

The students were divided into two groups. Chinese and foreign students worked together to collect information, splicing keels and pasting colored paper. In a short while, the beautifully shaped lantern was born. International students took photos with lanterns, admired the lanterns, and shared the joy of success.

The full moon at the Mid-Autumn Festival symbolizes reunion. In ancient times, people used the moon to express their affection, and those who left their homes were nostalgic for the moon, and many poems about the moon were passed down.

During the exchange, the Chinese students introduced the famous Chinese poems about chanting the moon to the overseas students, especially the phrase "I hope people will last forever, and we will be beautiful for thousands of miles."

Under the bright moonlight of the Mid-Autumn Festival, through Cao Zhihong's explanation, the overseas students and Chinese students recited the five-character ancient poem "Quiet Night Thoughts" written by the poet Li Bai of the Tang Dynasty. 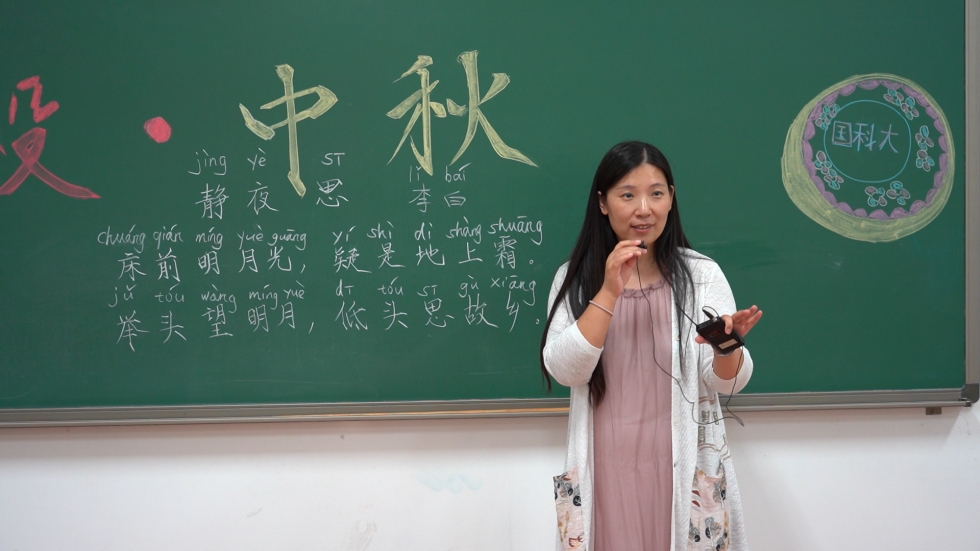 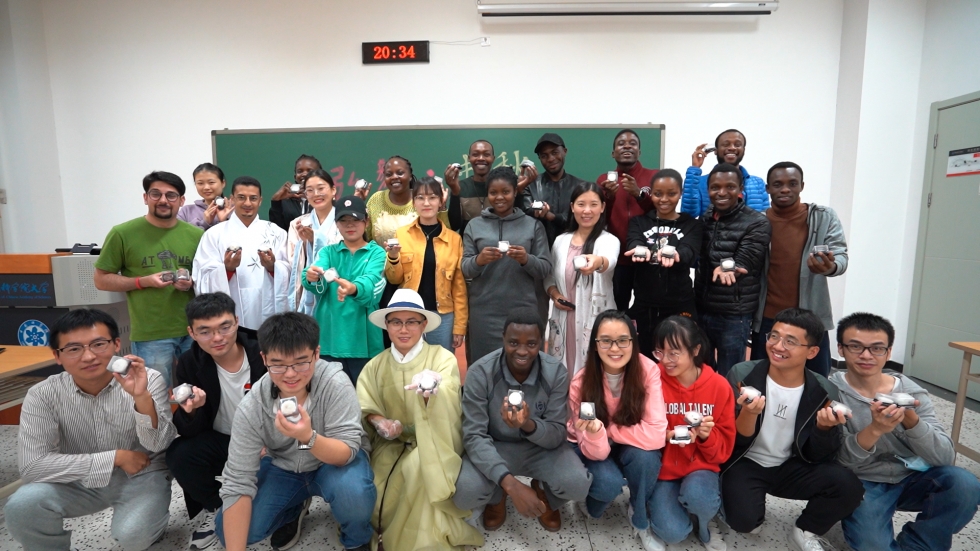 Peter Philomina Onyedikachi, an international student from Nigeria. The international students who participated in the event said that such an event allowed them to understand traditional Chinese culture no longer just in-class videos, pictures, and teacher explanations, but also allowed them to experience Chinese traditional culture in person. The charm of the company also made them truly feel the warmth and beauty of the Guohu family! 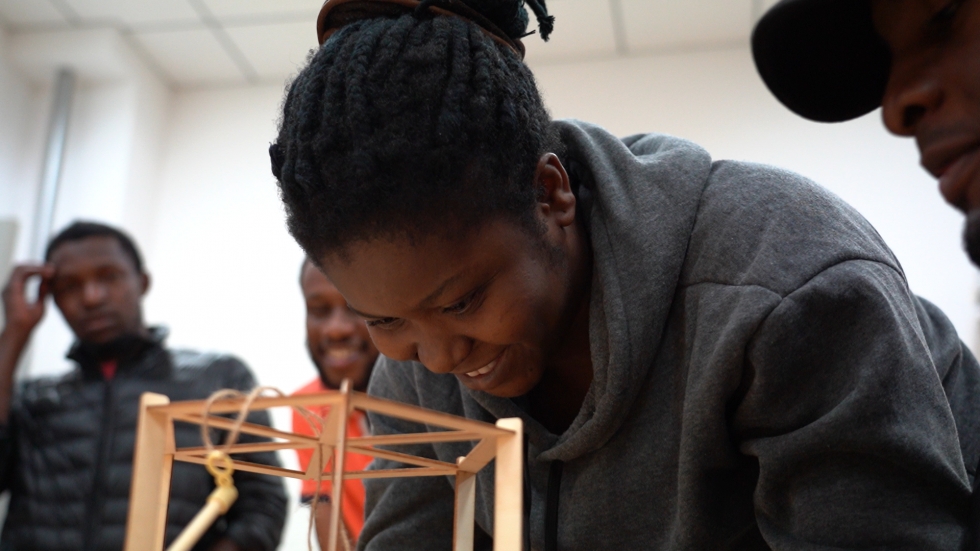 "The Mid-Autumn Festival is one of the most interesting and memorable festivals I have ever participated in China." Peter Philomina Onyedikachi, an international student from Nigeria, said, "I learned how to make mooncakes, make lanterns, and learn some beautiful ancient poems.

I am very happy to be able to participate in these activities so that I can bring these cultures back to my country in the future. I am very proud to be able to study in China!" 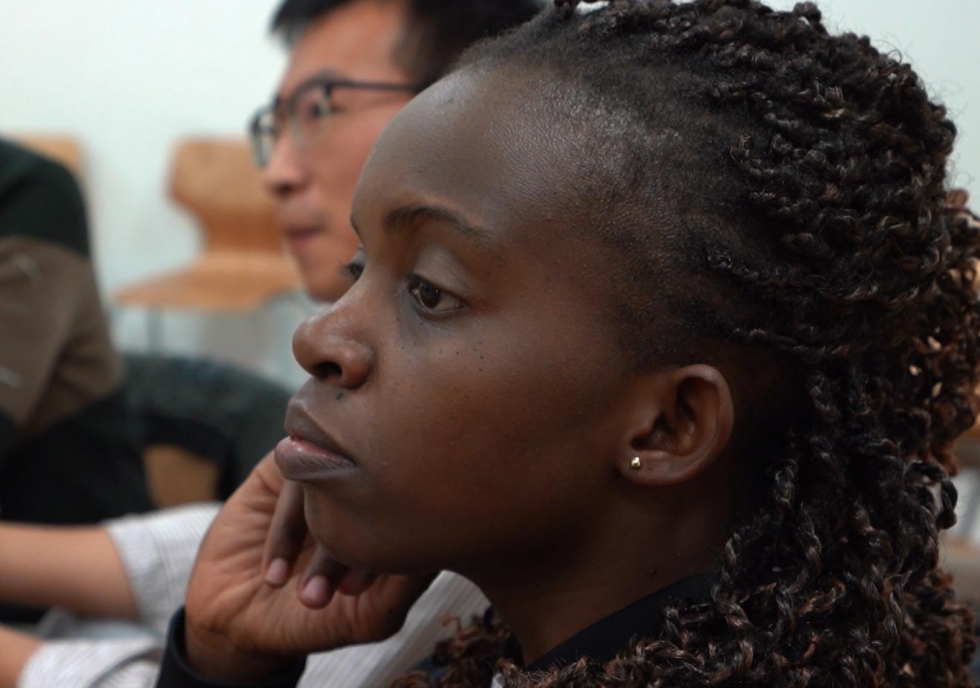 Millicent Oulo, an international student from Kenya, listens carefully to the teacher's introduction of the Mid-Autumn Festival culture 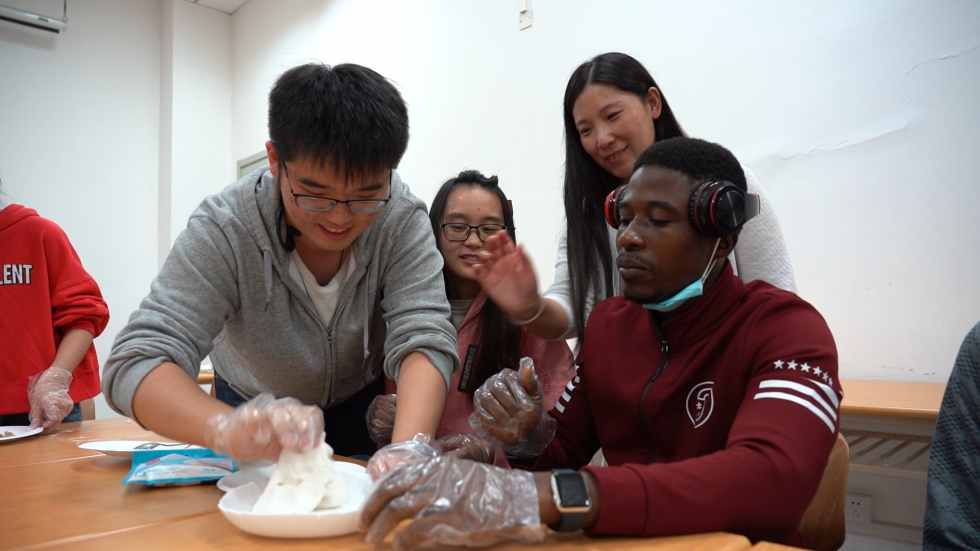 Claude Kiki, an international student from Benin, is learning to make mooncakes

Claude Kiki from Benin said with emotion: "Special thanks to Teacher Cao from the "China Survey" class for inviting us to participate in this event. She told us that the last time China's National Day and Mid-Autumn Festival were on the same day was already Nineteen years ago! This time on the same day, it’s really memorable! We celebrated the festival with Chinese students, talked about Chinese culture, made snowy moon cakes, made Mid-Autumn Lanterns, and memorized ancient Chinese poems. Let us really experience what it is. Chinese culture is really amazing!" 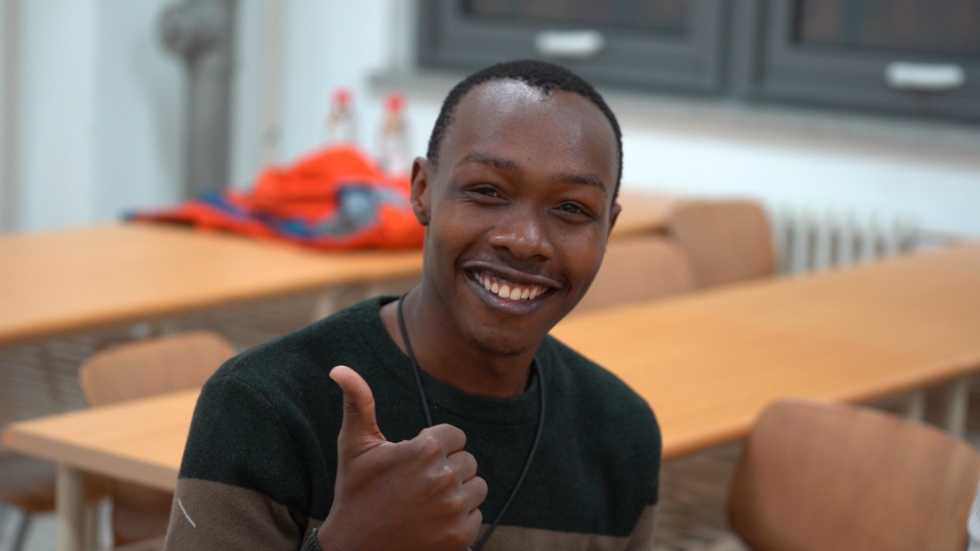 Raphael Nyaruaba from Kenya said: "This event is great. We learned about China's rich history and the Mid-Autumn Festival and also met some new friends. We look forward to hosting more events like this in the future!"

For Chinese students, such networking activities not only increase their personal experience of the traditional culture of the motherland but also provide opportunities for exchanges with foreign students. More importantly, they can speak out their own national culture to international students through their own mouths, adding a sense of pride. 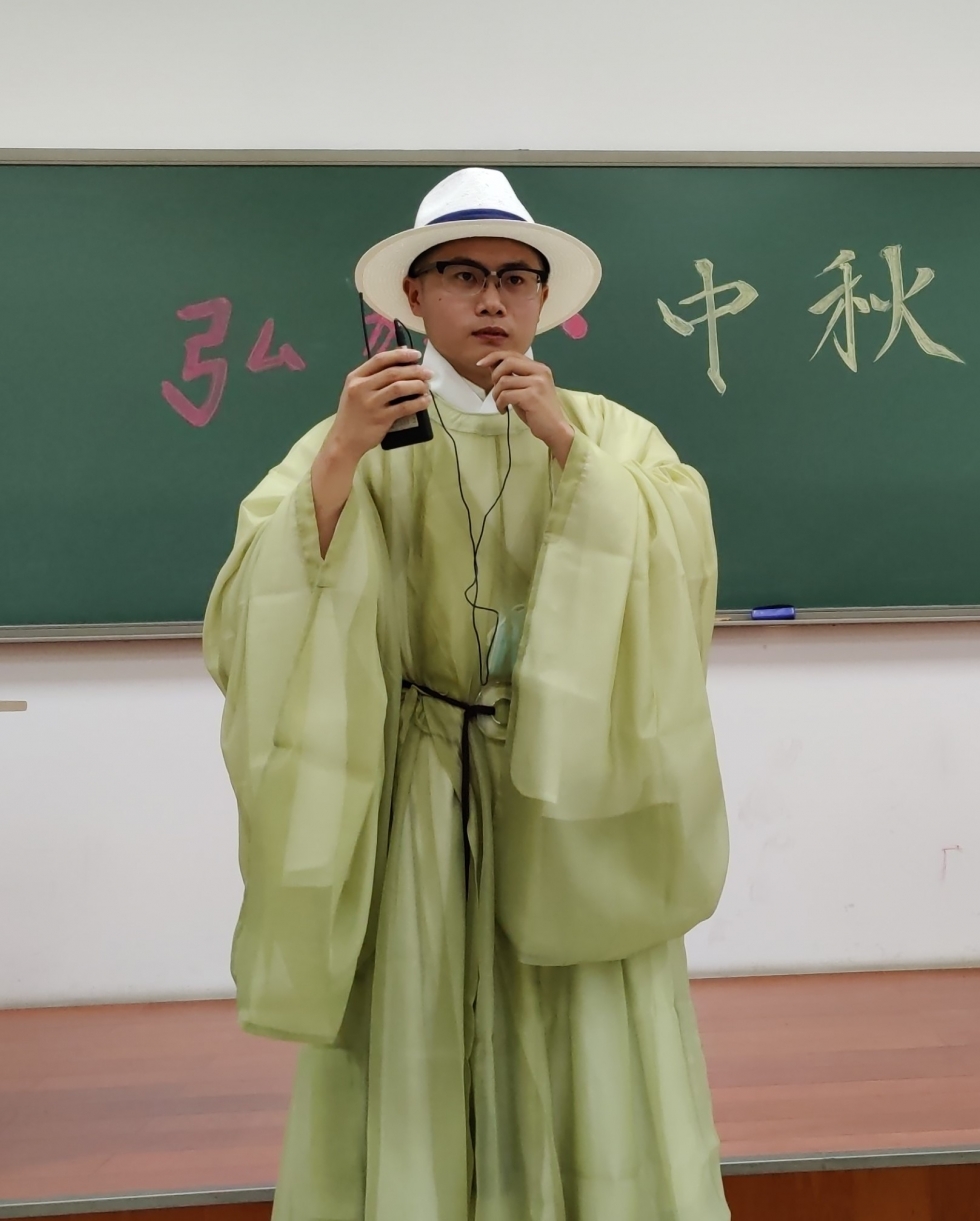 Zhou Ming, the president of Hongyi Traditional Culture Society, said with a smile: "I am very pleased to be able to organize this Mid-Autumn Festival of Chinese and foreign students. The purpose of our society is to inherit and promote the excellent traditional culture of our Chinese nation. In the activities, Chinese and foreign students are very active. Participate in a very warm atmosphere. Everyone enjoyed this event. We will organize more events in the future." 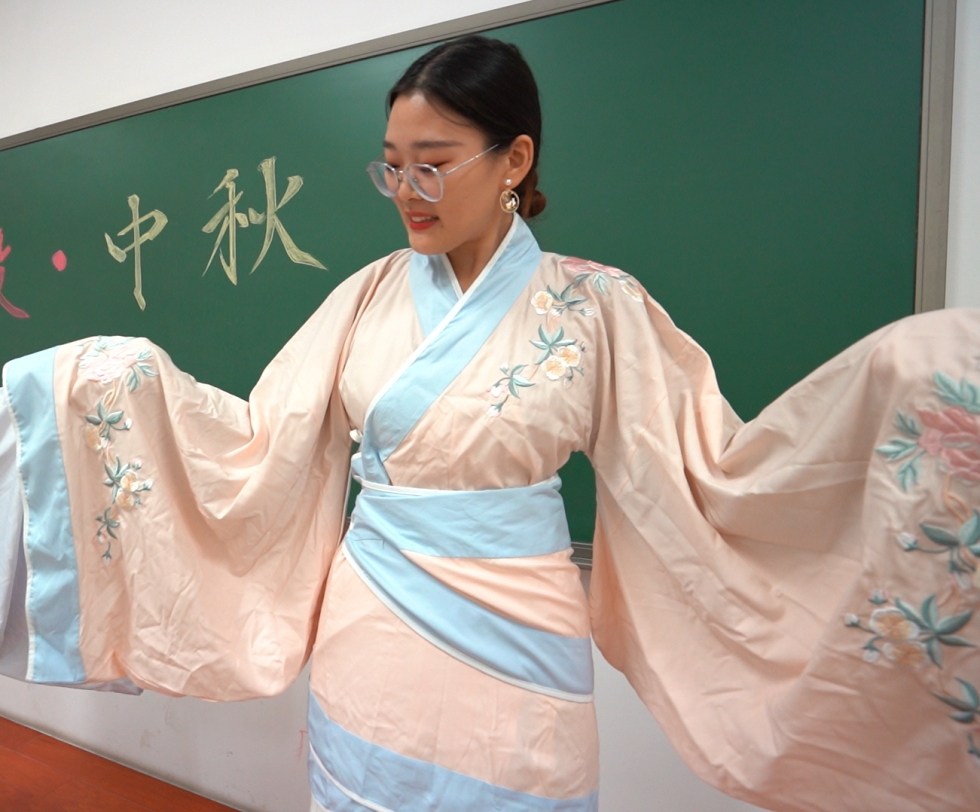 Classmate Yang Jing said with emotion: "This is the first time in my life that I have used English to introduce our culture to foreign students. Our culture can be understood by more people. I feel very proud and hope that similar activities can be more. Let more people know and love..."

Cao Zhihong said: "The arrival of international students has added multicultural elements to our campus of the University of Chinese Academy of Sciences.

It also gives us more opportunities to tell Chinese stories, spread Chinese voices, and interpret Chinese characteristics. In fact, every international student They are both elite talent in the future society, and at the same time a cultural messenger.

Through such cultural projects, they will return to their country one day and can objectively introduce to their family and friends what is China and what is Chinese culture.

In the future, We will also carry out more cultural experience activities to give international students more opportunities to experience the charm of Chinese culture at a close distance."