Appreciate the beauty of Chinese Architecture

On March 13, 24 international students from 13 countries went to the China Architecture Science and Technology Museum in the East Lake High-tech Zone to learn about the development history of Chinese architecture, exhibit food culture in the liberal arts ecological pastoral, learn to build wooden pavilions, and experience the charm of Chinese architectural art. 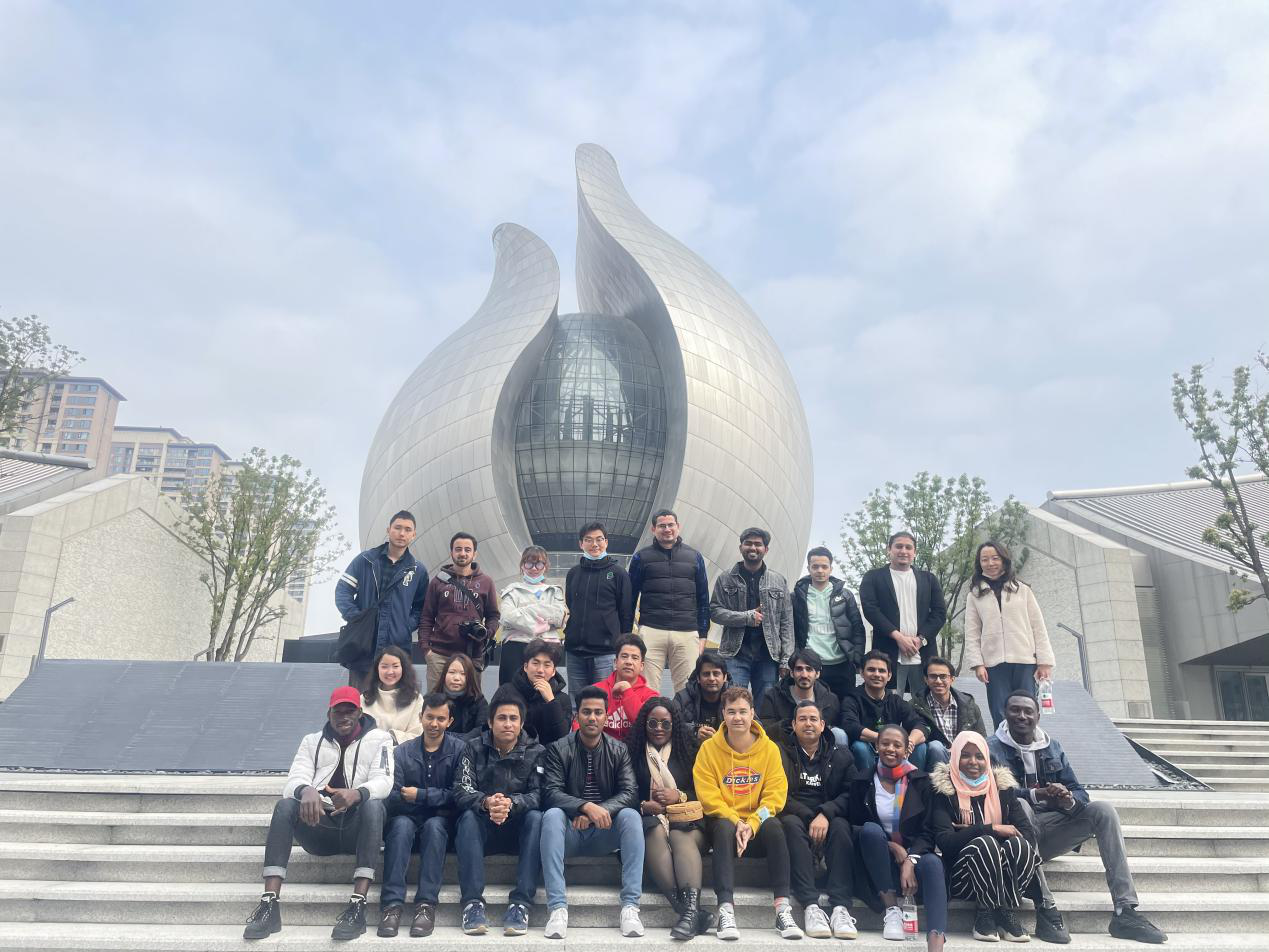 In the morning, everyone came to the China Architecture Science and Technology Museum full of expectations. The magnificent astronomical map of the dome in the prologue hall and the Song Dynasty Yuji map at the foot let the students understand the traditional design concept of "the sky and the round place", looking up at the depth of the three walls and four elephants and the 28 stars, and looking down at the horizontal and vertical dimensions of the Chinese land. In the ancient exhibition hall, the students learned a unique architectural structure in China—Dugong and were amazed by its magical load-bearing and earthquake-resistant functions. In front of the models of Foguang Temple Manjusri Hall, Yingxian Wooden Pagodas, Beijing Palace Museum Taihe Hall, and Fo Guang Temple East Hall, which widely use the bucket arch structure, listen to the detailed explanations of the lecturer, and the students can't help being surprised that this is still flourishing after thousands of years The art of solidification, lamenting the wisdom and wisdom of ancient craftsmen. The modern exhibition hall displays peculiar architectural components and architectural model drawings. In front of the architectural models of Wuhan University Administration Building, Jianghan Pass, Hankou Gude Temple, the students were bright, stopped for a long time, rushed to ask questions to the guide, and went away. These are the architectural souls that are nearby but have never known before. Finally, the students visited the future exhibition hall with the theme "Return to the Road, Human Destiny", and felt the Chinese architects' thinking and exploration of the relationship between man, nature, and architecture around the challenges that mankind will face in the future. 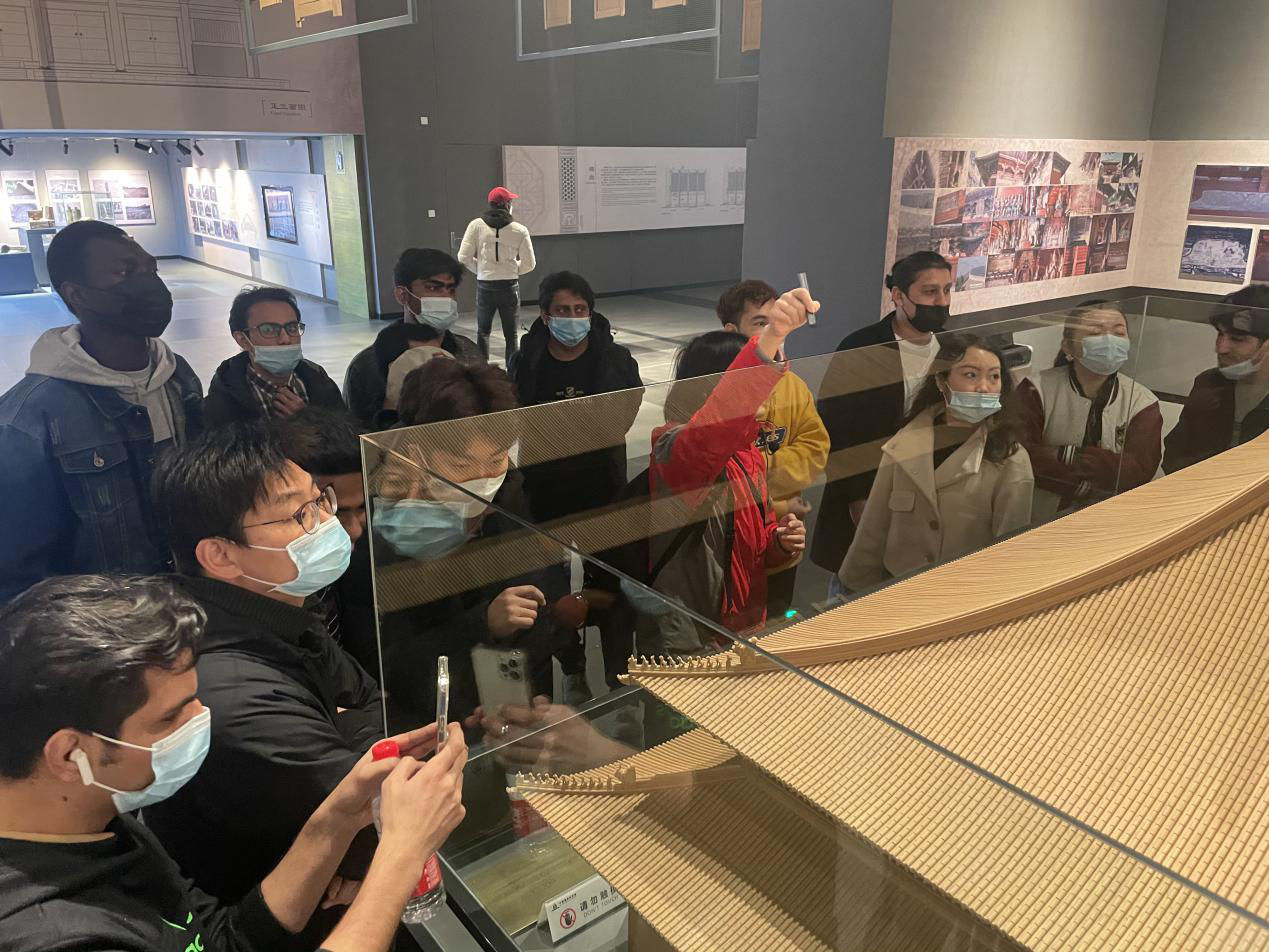 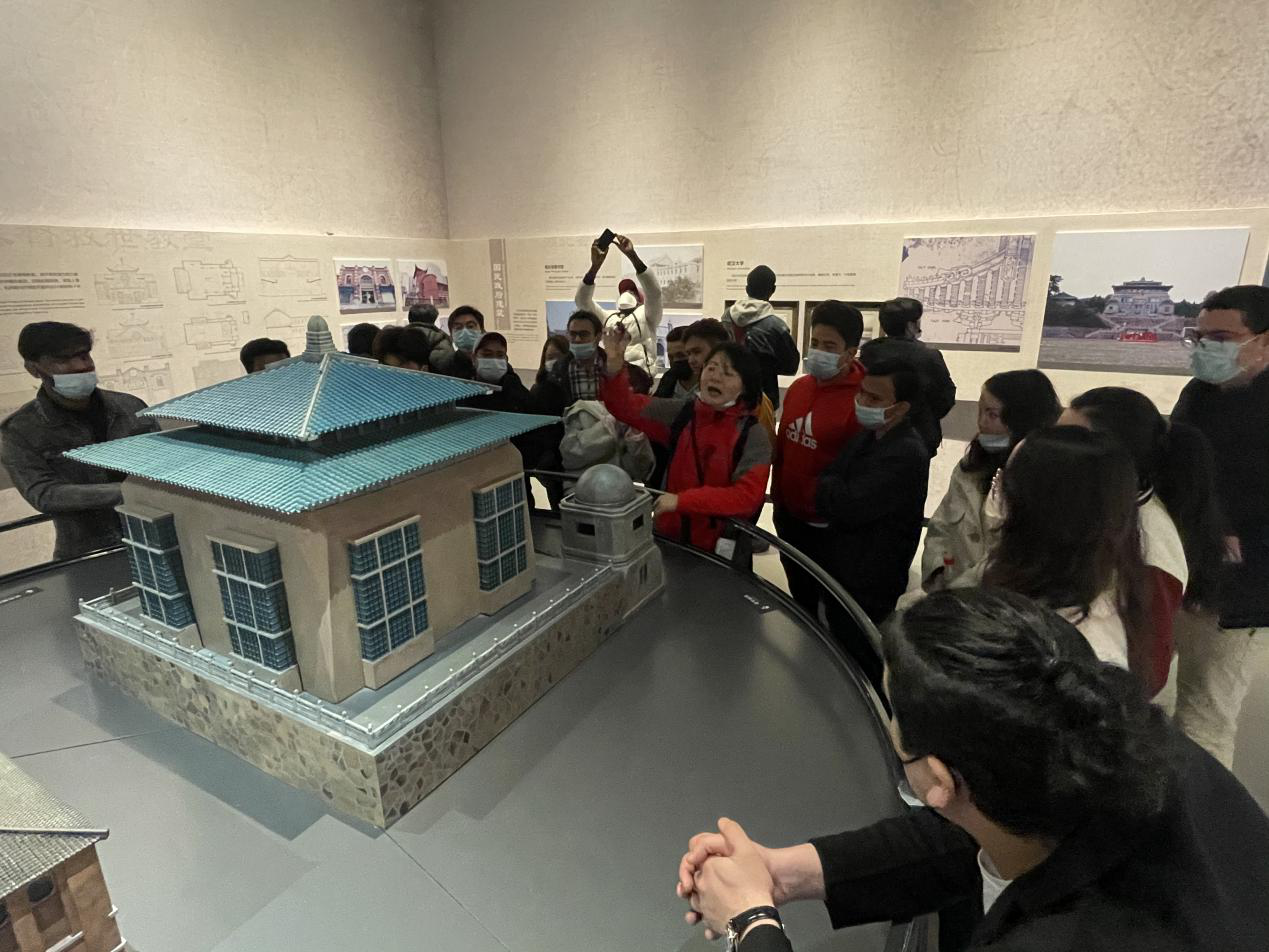 In the liberal arts ecological pastoral, the students took out the pre-marinated ingredients and showed their confidence. In the cheerful music, Korean-style barbecue and Central Asian-style barbecue in front of the barbecue rack became the focus of the audience, and they performed vibrato "Mother Spreading Salt" to attract "customers"; Korean kimchi cakes and Korean bean sprout soup also received unanimous praise; The grilled fish and mutton curry made by Bangladeshi students is even more empty, and the demand for Egyptian butter chicken is also in short supply. Pakistani rice and homemade milk tea are long overdue, for everyone to continue to add meals after a short break. The warm sun shines on everyone's bright smiling faces. The chopsticks and the bowl not only convey hometown food from all over the world, let everyone taste the food culture of various countries, but also bring everyone's heart together. Then, everyone learned to build a traditional green pavilion with a traditional Chinese tenon-and-mortise structure. The 24 students were divided into three groups. Everyone couldn't wait to put on helmets and gloves, read the drawings carefully, search for materials, and race against time to build. Finally, under the guidance of a teacher in each group, the students successfully built three wooden pavilions. The fastest group cheered with joy and victory, and everyone excitedly took photos with their first architectural works. 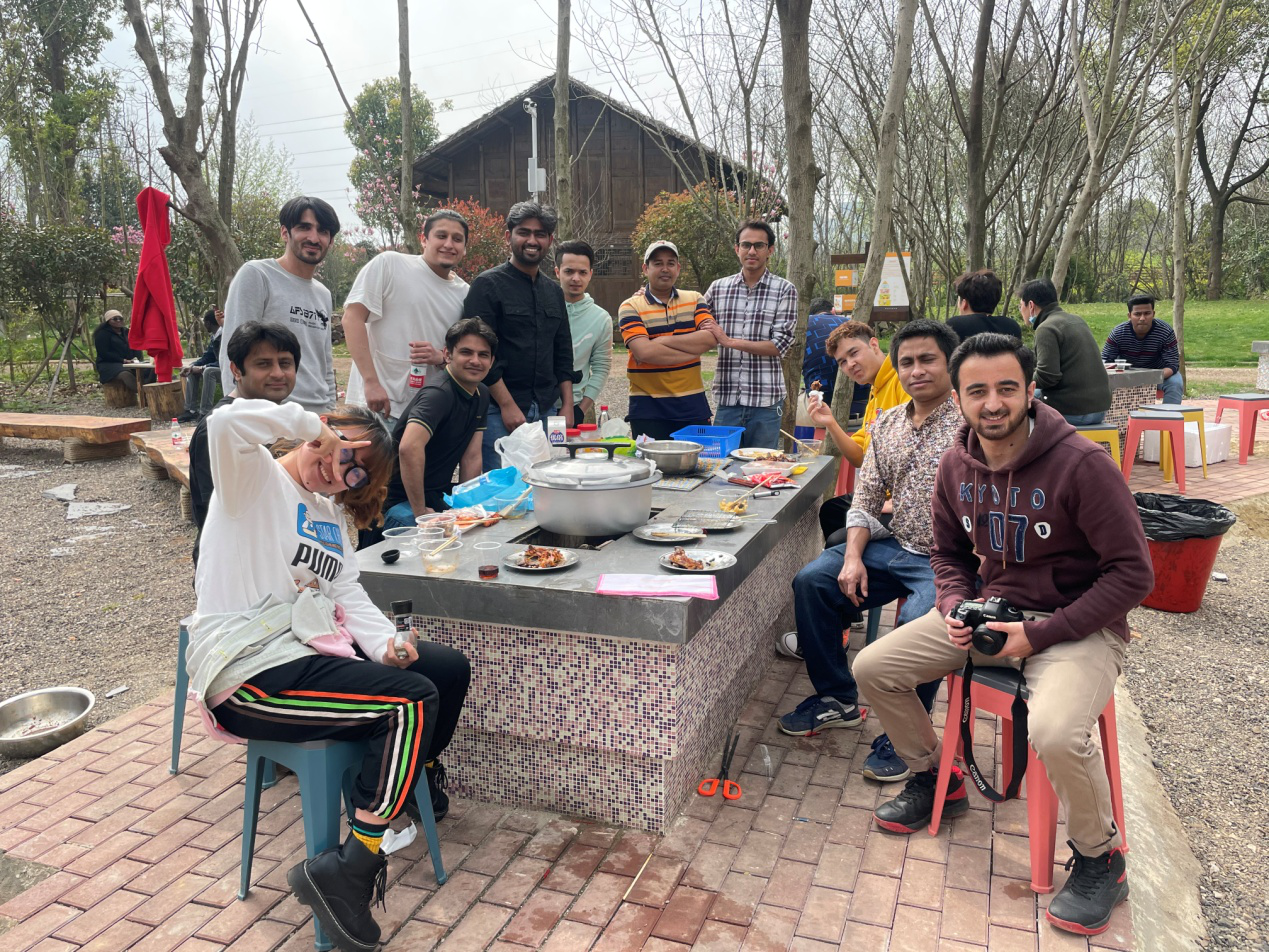 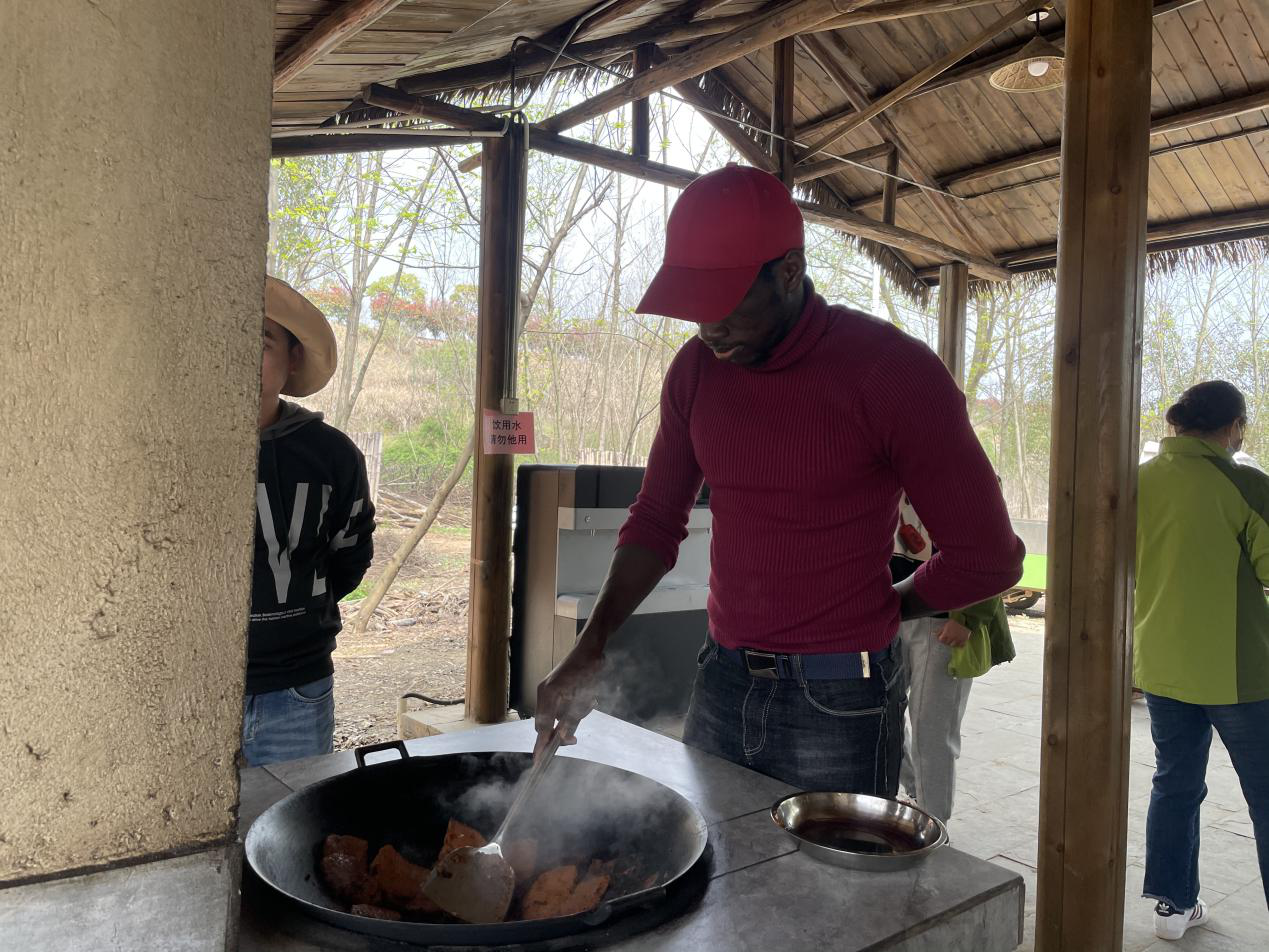 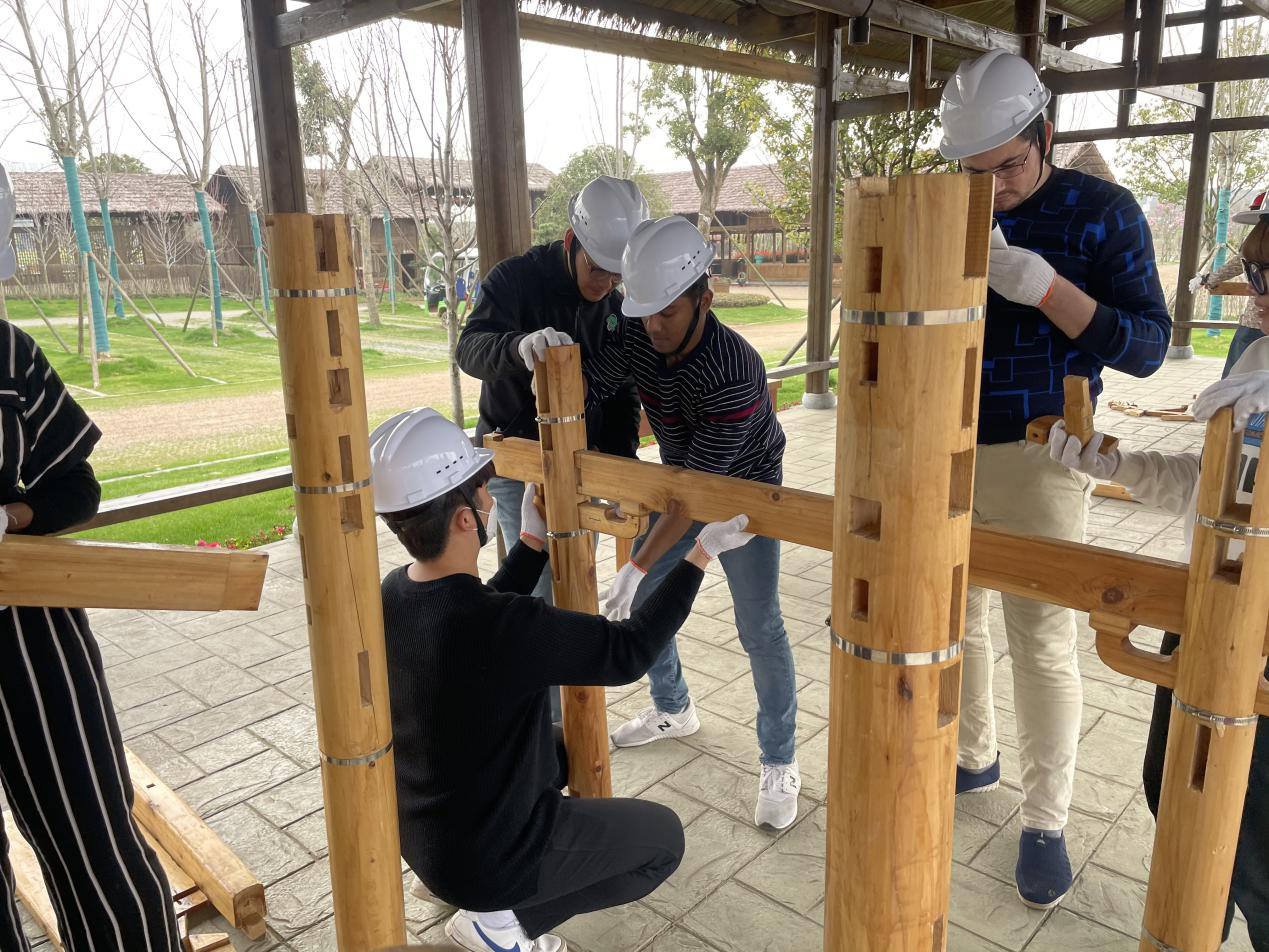 After the event, Kong Anlin from Afghanistan said with emotion: “The building contains the spiritual characteristics and cultural traditions of a nation. Through this event, I can better understand the beauty of the architecture of Wuhan University.” Hu Lishan from Egypt said: "Through today's activities, I have not only learned about the difficulties of ancient civilization construction but also learned about the desirable aspects of modern Chinese civilization. This has increasingly made me believe that China will become the leader of future civilization shortly."

This activity further broadened the horizons of our school’s international students and enhanced international student exchanges among various majors. It enables students to truly experience the origins, development changes, and modern inheritance of China and ancient architectural culture, and also appreciate the unique beauty of traditional Chinese culture in architecture and urban features.