"Study and basketball go hand in hand, knowledge and sports dance together." At 7 pm on April 25, to celebrate the 100th anniversary of the founding of the Communist Party of China and to welcome the "May Fourth" Youth Day, the opening ceremony of the "Hunan University Cup" basketball league was held in the main gymnasium. Held. President Li Bochao, Vice Presidents Xiao Zhiwei, and Yu Zuguo, technical representative of the Chinese University Basketball League, Yan Sheng, secretary-general of the Hunan University Basketball Association, and Li Jiaying, general manager of Hunan Xinzhiyan Industry and Trade Co., Ltd. attended the meeting. The opening ceremony was presided over by Dai Feijun, director of the school sports committee. Li Bochao announced the opening of the "Hunan University Cup" basketball league.

"Sports strong, China will be strong, and national sports will flourish." Yu Zuguo pointed out that the "Hunan University Cup" basketball league is a major event in Hunan University's sports activities. Athletes must promote "higher, faster and stronger." The sportsmanship, the level of competition, and the friendship of the competition make this basketball league an excellent platform to show the demeanor of Xiang University.

The exhibition match between our school's men's basketball team and the Changsha alumni basketball team officially started. Although it was an exhibition match, the confrontation between the two sides was fierce, and there was constant suspense on the court. Yi Zihao, No. 5 of the school men's basketball team, relied on his excellent pitching ability to open the score with multiple long shots in the first quarter, helping the team to lead into the second quarter with a score advantage of 26:11. With the clever cooperation of his teammates, No. 7 Li Siyuan of the school men’s basketball team scored consecutively with a skillful dribble and high shooting percentage. The school's men's basketball team temporarily took the lead with a score of 43:29 in the first half. During the intermission, players from both sides brought a dunk performance, detonating the scene. 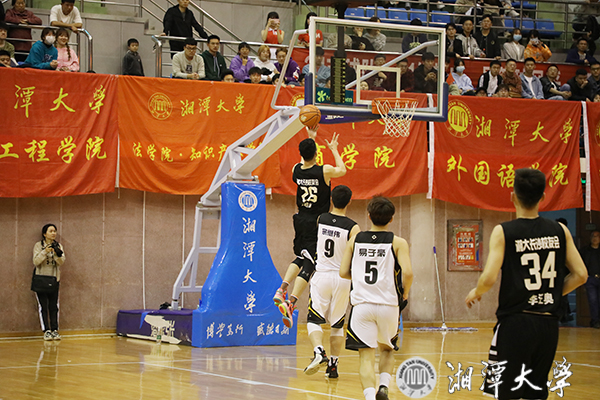 In the second half, the Changsha Alumni Basketball Team adjusted its personnel and strategies in time. With the excellent organizational ability of "Changsha No. 1 Defender" Lu Jianing, the Changsha Alumni Basketball Team recovered the offensive rhythm and narrowed the score to a gap of 7 points. The game entered a white-hot stage. In the last 6 seconds of the last quarter, No. 27 Xiao Yao of the Changsha alumni basketball team quickly circled behind, found the right angle, and cooperated with Lu Jianing's pass buzzer to score 2 points, the game ended, the score was fixed at 68:68. 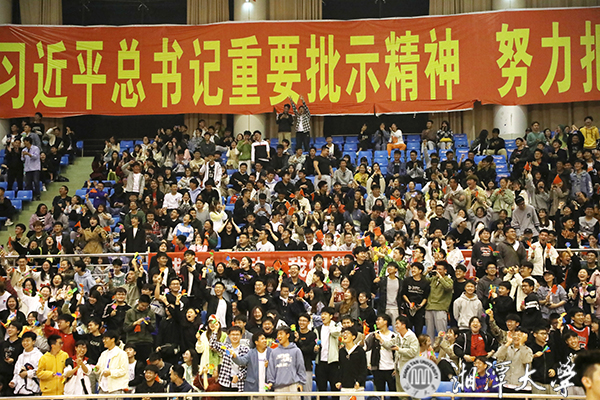 The current "Hunan University Cup" will be held in Nanyuan Stadium and Gymnasium from late April to late May. The competition is divided into two stages: group round-robin and cross-ranking. The 21 teams are divided into 4 groups for single round-robin matches. The top two teams in the group are determined to enter the second stage. The second stage is for cross-match duels, according to the rules of the points ranking. Decide the championship, second and third place.